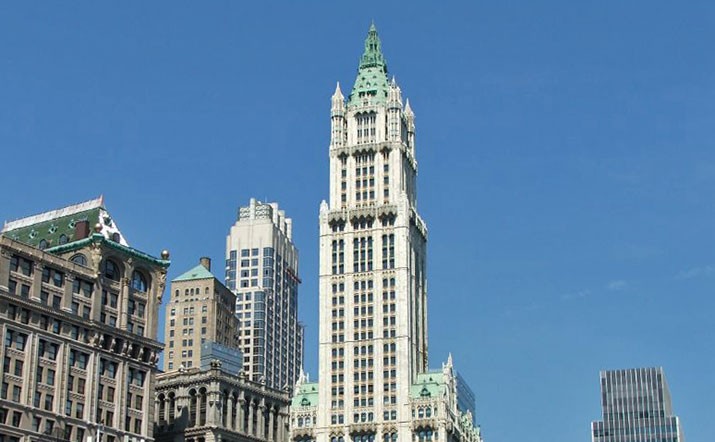 American Woolworth popular that reaches a height of two hundred forty-one meters, has 57 floors and is situated in the list of the fifty highest buildings of the country. The building was erected in the early twentieth century, it is located on Broadway.

Building Woolworth Building – a modern office center, built in the Gothic style by the order of a businessman Frank Woolworth, who paid for its construction 13 in cash and a half million dollars.

Initially, there were a total of 20 floors, which was 190.5 meters in height. A little later, another 37 have been completed floors, has become simply a tall building in a full-fledged skyscraper. 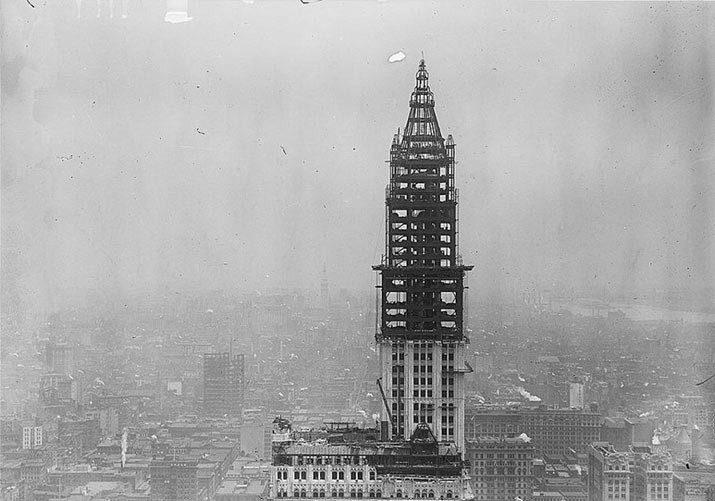 Inauguration of the grandiose construction was held in 1913. The huge tower has offices of major companies in America 4000. Inside, there are 34 high-speed elevators, and rented space with fast delivery people on floors bring fabulous incomes.

Every day, thousands of people came to the observation deck, which was on the 58th floor. No visitor is not left without a set of souvenirs from the stores of the lower floors.

During the early 20th century was a model of Woolworth innovative approach to architecture standard concrete skyscrapers strict rectangular structures.

The building belonged to the Woolworth’s in 1998, it has sold “Vitkoff Group”.

Today, after the events of 11 September 2001, due to increased security measures access to some exquisite facilities Woolworth was limited. Now it houses only offices and institutions of an educational nature. 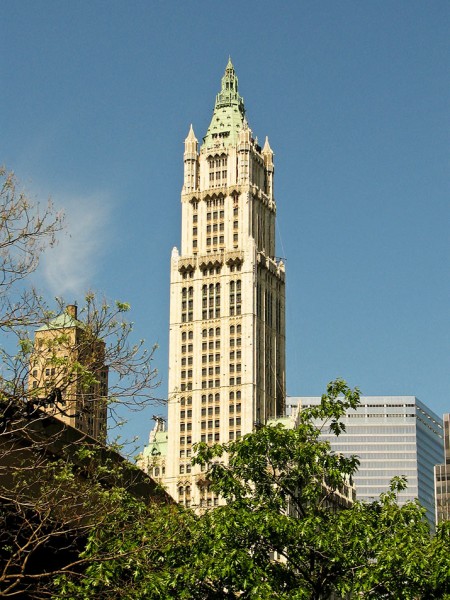 The unique architecture of Woolworth Building

Woolworth can not be attributed to ordinary skyscraper. The exterior is faced with limestone panels of terracotta color with bluish-yellow tinge, and the tower that rises up, decorated with openwork patterns. Furthermore, its shape resembles a tower European Gothic cathedrals.

Balcony is also decorated with frescoes, which are clearly visible motives Trade and Labor. Due to the architectural style of the Woolworth Building includes decorating the facade with frescoes, mosaics and gilt, the building became known as the “Cathedral of Commerce”. 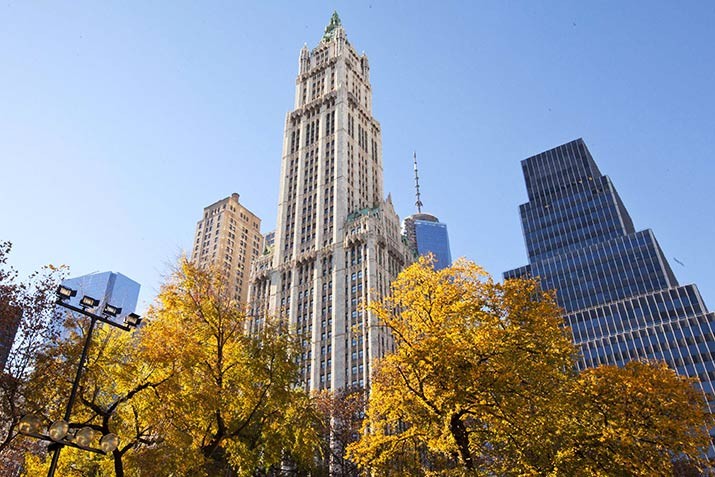 As for the interior, here you can see the sculpture in caricatured style personifying the owner and the architect of the skyscraper.

Woolworth Building is a national historic landmark and the United States took third place in the ranking of the most beautiful buildings in New York.