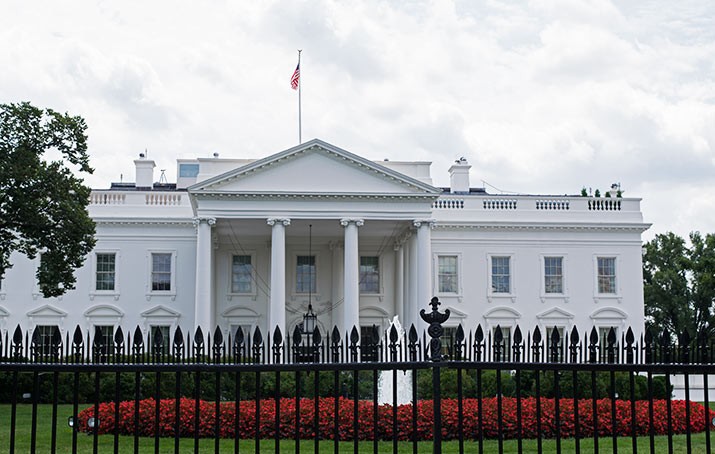 Named in honor of first American president, and since 1800 Washington became the capital of the United States of America. His second name – “District of Columbia” Washington got in memory of the discoverer of American continent  the Christopher Columbus. In English it sounds like the District of Columbia, or D.C. Americans mention the city name exactly “D.C.” or “Washington, D.C.”

Among tourists Washington primarily associate with the White House. This residence of American president is the only residence in the world that opened to the visits. Of course, this is not the only place in Washington that is worth a visit. Here is plenty of parks, museums, libraries, shopping centers and other cultural, entertainment and just beautiful places. 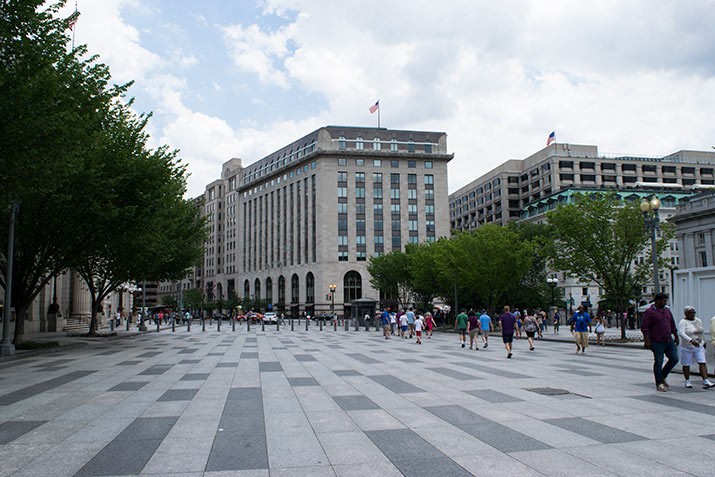 Washington – the centre point of staffs of the largest public and financial institutions, such as:

More than 27% of the people living here are federal employees and are involved in numerous state governments. 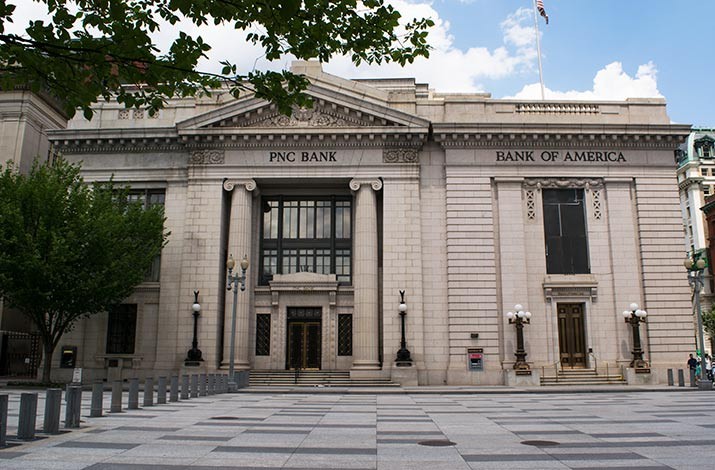 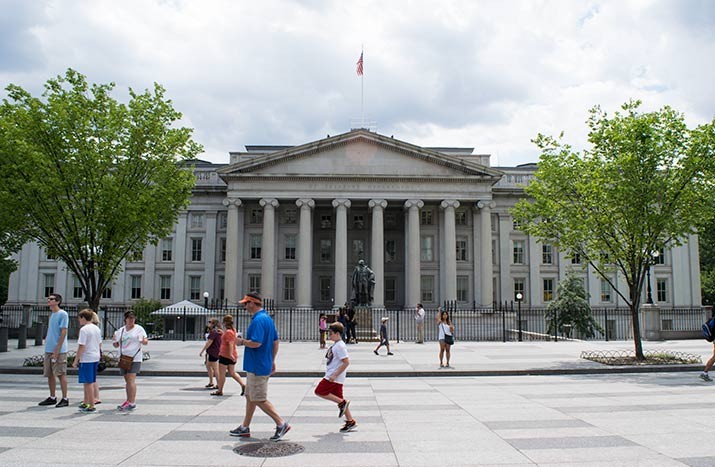 Many companies, construction firms, charity funds, trade unions and trade unifications deliberately disposes their offices in Washington, closer to the government, using this nearness to be able more qualitative lobby for their interests.

This central city sight, which is located in the historic center District of Columbia was originally laid in the architectural plan of building the city in 1791 by the founder of the modern appearance of the city French engineer and city planner Pierre Langfang. It is thanks to him Washington’s constitutes  a landscaped metropolitan city with many cultural monuments. 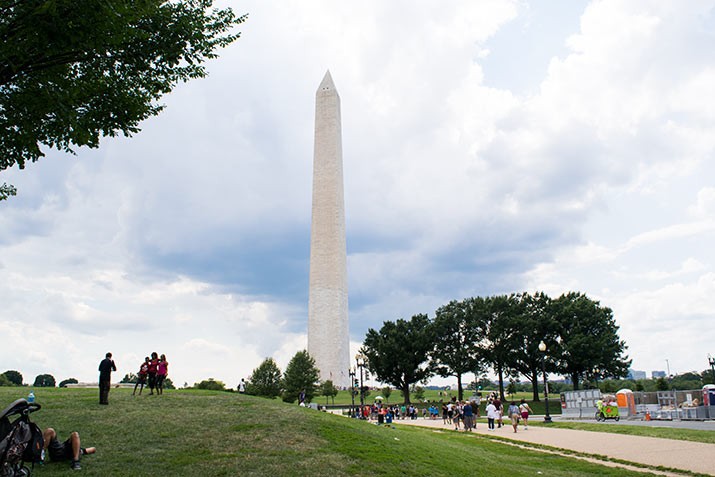 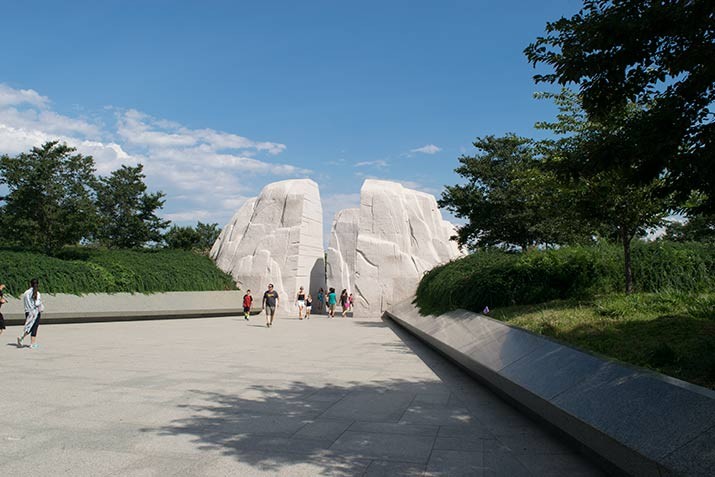 Park, or as it is called the National Mall, combines several complexes of local memorable places and museums and is divided into the appropriate zones.

If looking at the park with the altitude of flying, the National Mall has form of a cross, in the middle of which is installed the highest building – Washington Monument. Northern part of the “cross” rests on the US President’s residence, the southern tip rests on memorial of founding father Thomas Jefferson, to the left is situated memorial for freedom fighter of Abraham Lincoln, and to the right – the meeting place of US Congress- Capitol. 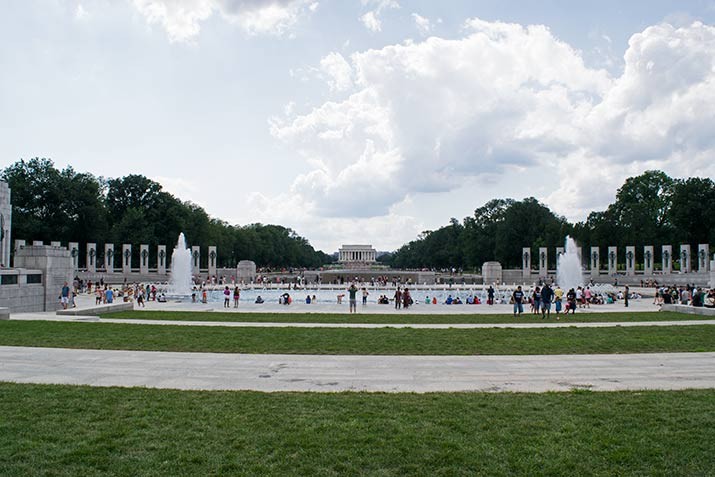 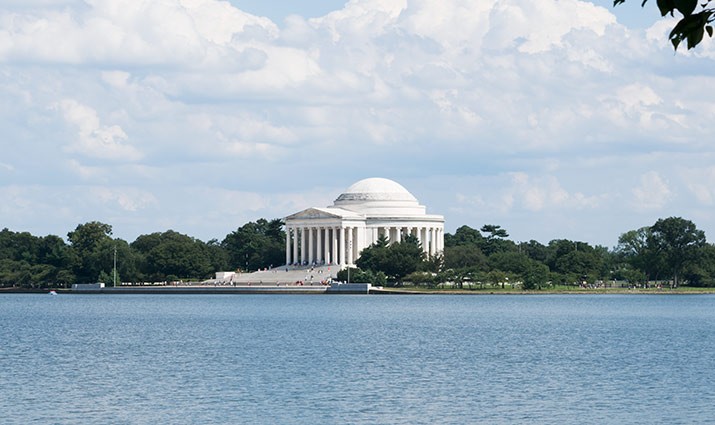 Around the majestic Capitol building, on the dome of which are depicted illustrations of four centuries of US history in the form of frescoes, was erected beautiful for its colonial architecture government buildings of Library of Congress and the US Supreme Court.

Molla’s territory punctuated by historic buildings and beautiful parks, numerous thematic museums and also accommodates the Botanic Garden of US. 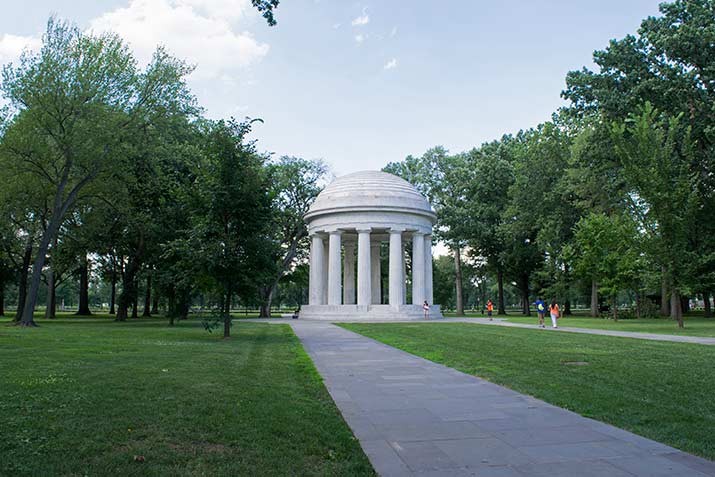 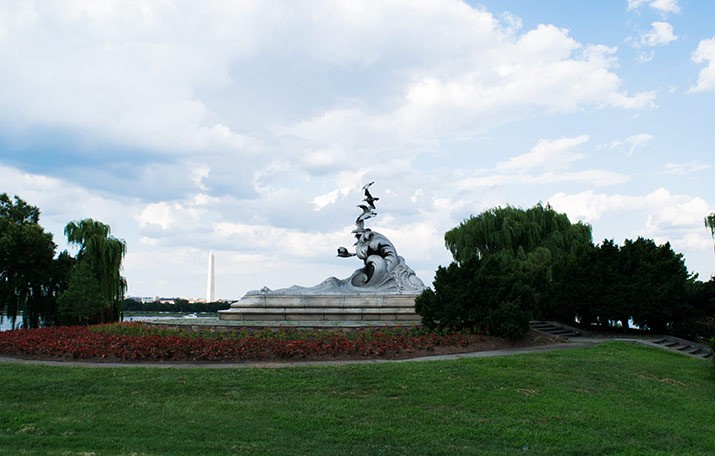 Located here a complex of 13 museums of the Smithsonian Institution’s is most famous. It includes a museums: 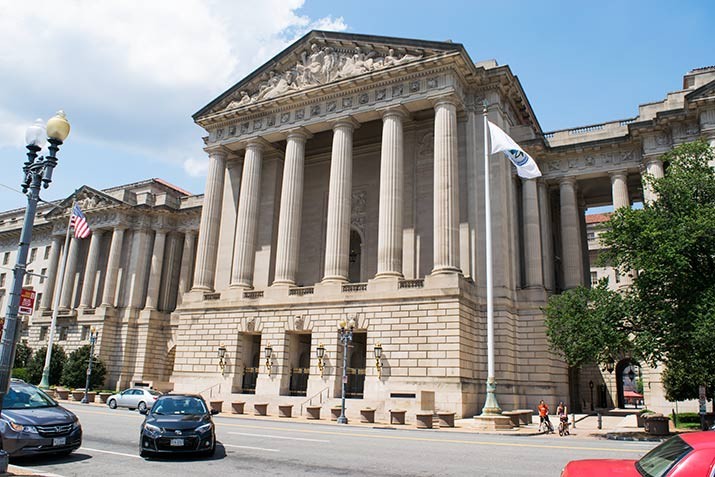 There is other interesting historical museums in Washington: 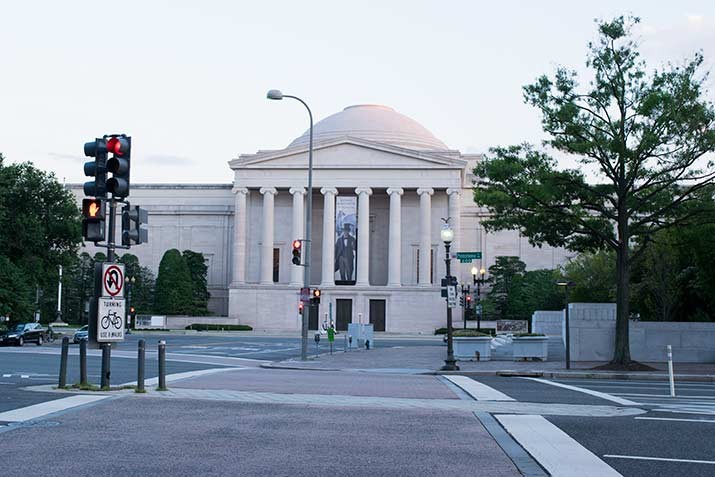 The Pentagon in Washington, D.C.

Pentagon – is the famous headquarters of the US Department of Defense. The building bears the honorary title of the largest office building in the world. Located Pentagon near Washington, in Arlington, Virginia, and is a cascade of buildings as a huge regular pentagon, an impressive view of which opens to the altitude. 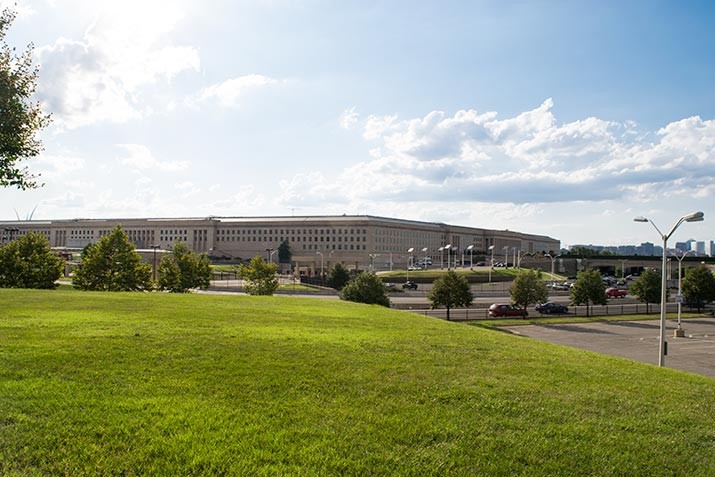 Already during building choice pentagon shape was defined by peculiarities local preliminary plan on the drawing stage of the project. Several roads converge between each other, and the angle of their intersection was  108 degrees – magnitude which equals to the corner construction of a pentagon. This project fits well within an existing transport interchange, because of what it was quickly approved.

A little later, the location of the Pentagon was chosen closer to Washington, in the valley of the Potomac River, as the President was concerned that impressive office complex will block the view of the capital.

The building was erected in 1943, and the perimeter compose of 1405 meters, and each of the sides of a pentagon – 281 meter. The height of the part building above the ground – 23.5 meters. It employs a considerable number of people – 26 thousand people. Each employee daily gets to workplace, passing through 2 hectares of lawn. 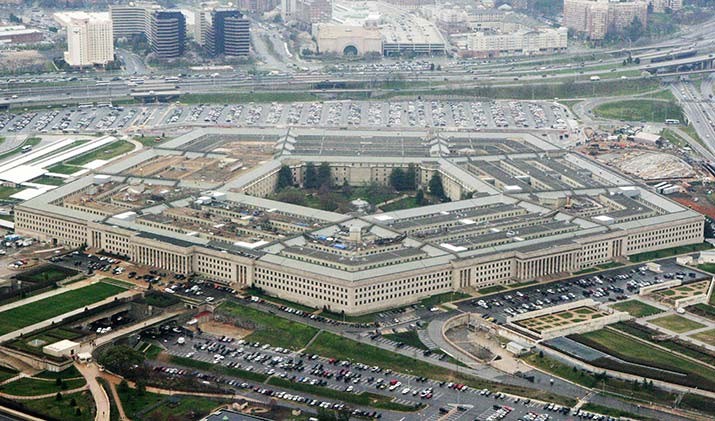 The conjunction inner apartments has the shape of the combined five pentagons or ring corridors, which are constructed in such a way that you can go from every corner of the building to the other no more than 7 minutes.

Bypassing the pentagonal building in a clockwise direction from the north side, you can see facade with the entrance to trade gallery , then – the facade facing the river, further – the facade with its own metro station, the facade of the southern part of the building with parking spaces, and one more façade, with local helicopter area.

This grandiose architectural complex impresses and represents the power of the US armed forces control system.

Сultural and art centers of Washington

The famous Kennedy Center near Potomac River – the most popular place which like to visit  the true connoisseurs of art in Washington. Ballets, performances, concerts and new movies you can see here by visiting one of their seven theaters, which are included in its composition. It: 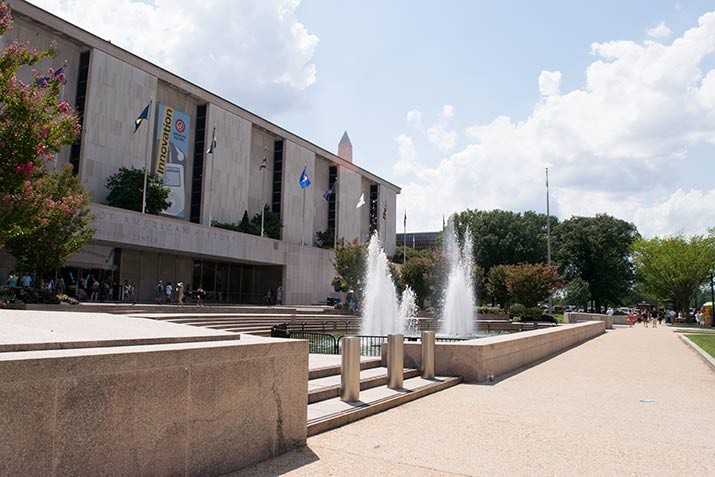 If you visit D.C. in the spring, you should peep to the region artificially created tidal basin the Tidal Basin, south of Mola. Here in the flowering period growing on his bank of the Japanese cherries is extraordinarily beautifully.

You can rest from the look of the concrete jungle and immerse yourself in the natural beauty if going to for a walk through the park’s green picturesque alleys of the Constitution Garden.

Rock Creek Park offers an outstanding opportunity to spend leisure time by visiting the planetarium and the bee populations in the bosom of the pure nature. There is also a instructors local school riding that taught everyone to ride horses.

In three dozen kilometers from the capital, you can enjoy the pristine natural beauty of the falls on the Potomac River. Sparkling silver jets of water falling from 20 meters height, allow to contemplate the not made by hands natural splendor and forget about the earth bustle for a while. 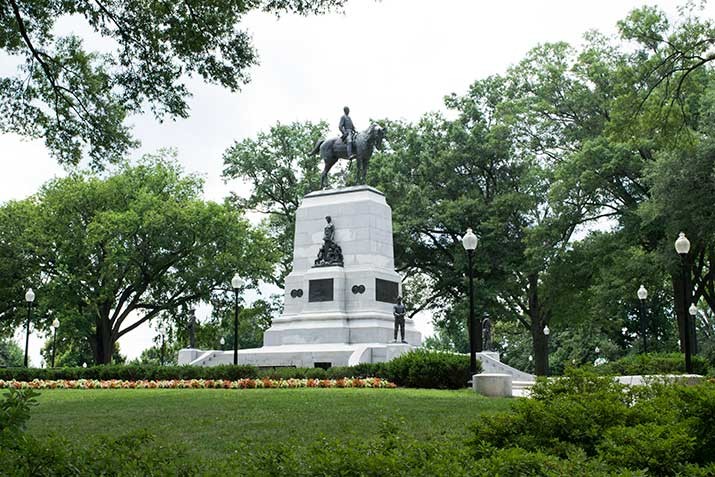 In the capital are takes place festivals and holiday events for all tastes:

Capitol Fourth – the national parade in a state holiday of Independence Day, and is accompanied by a concert on Capitol Hill and spectacular fireworks over the waters of the Potomac.

Monday Night at the National –an outdoor performance, showing the union of dancing, musical and dramatical art, which is held in the East End National Theatre.

Festival flowering cherry – from the end of March and to the beginning of April the event gathers together fans of contemplation exquisite beauty delicate cherry blossoming.

National Kite Festival – a festival that brings together lovers of launch kite-flying.

Screen of the Green –  the annual films festival of movie classic genre which held on the green lawns of the National Mola from July to August.

Shakespeare Free for All – collects admirers of William Shakespeare’s works.

Washington’s subway system connects it with areas of suburbs Maryland and Virginia. His total length of its path is 171 kilometers, and consists of 86 stations.
By the force of passenger traffic congestion this subway is considered the second only to New York subway in the United States. In work day across the Washington subway passes up to 1 million people. 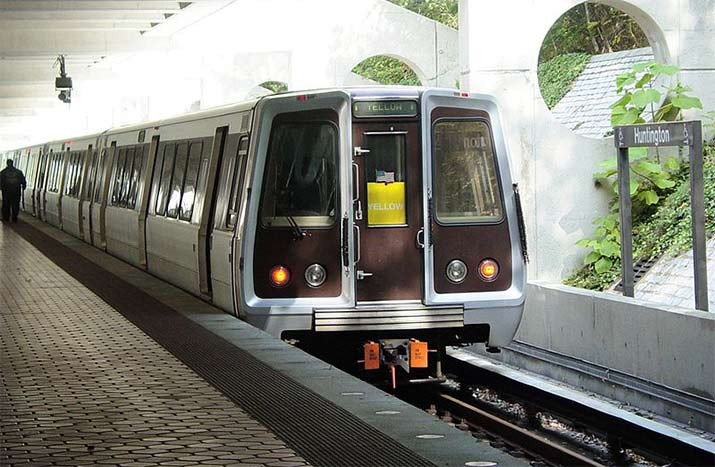 Depending on what time you decide to take a trip on the subway, its cost will vary. In the weekday rush hour passage can be up to $ 5.25, in more quiet periods of the day and late in the evening – from 1,75 $.

Bus transportation system in the area served as the city and as suburbs area of the Washington metropolitan area.
The main ferryman is the Metrobus company, which offers more than 170 routes, which pass through the stops which is conveniently located at the exit from each station. In addition, the transportation through the main streets carried out by buses of DC Circulator company.
In such bus you can comfortably reach anywhere in the city. The trip will cost $ 6.

The system of joint tenancy bicycle in Washington

A distinctive feature of metropolitan DC – developed system of joint using bicycle Capital Bikeshare, which replaced the pre-existing SmartBike DC. Created in 2010, this unique segment of the transport infrastructure has three thousand bikes that can be rented in more than 350 points of issue. 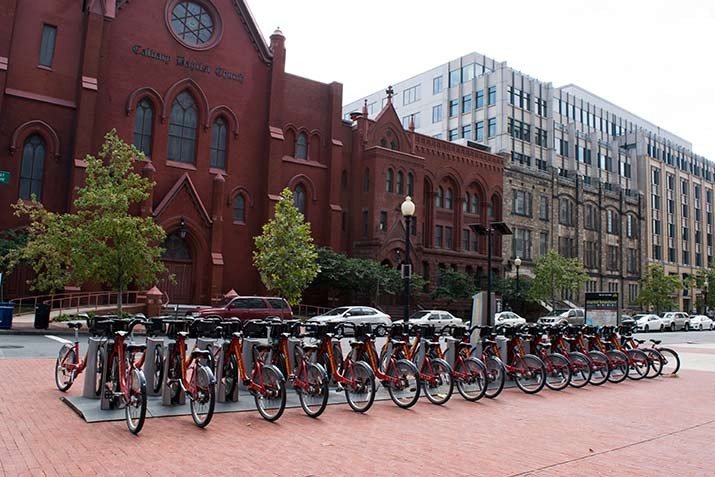 The main accumulation of trendy shops and boutiques is divided between themselves the central streets of Wisconsin Avenue and M Street.

Dupont Circle – a place where the prices are more accessible and class of products more simple. Here you can buy a second-hand furniture and make advantageous buying in discount centers.

Fans of African souvenirs will be able to enjoy a variety of assortment, when you walking by the Adams-Morgan Street.

Fans of exclusive rarities and fine arts will be able to unburden himself by visiting salons of antiques and exhibitions sale in private residences of King Street.

On weekdays, the city with a population of 600 thousand people is turning into the many million city through by approximately 400 thousand commuters who arrived the center on the work. 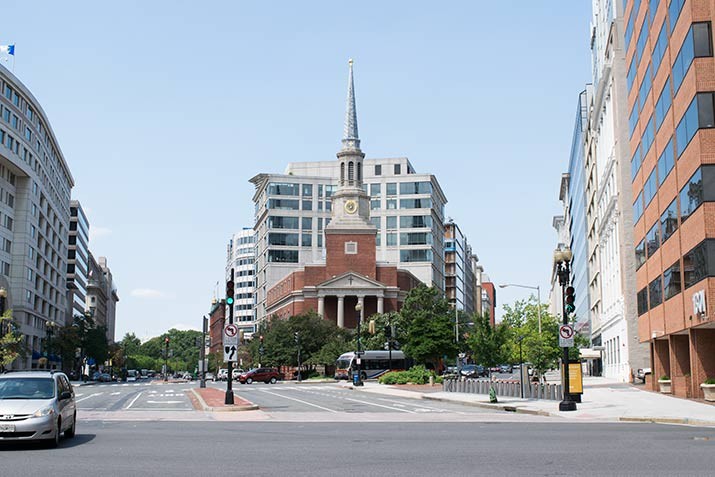 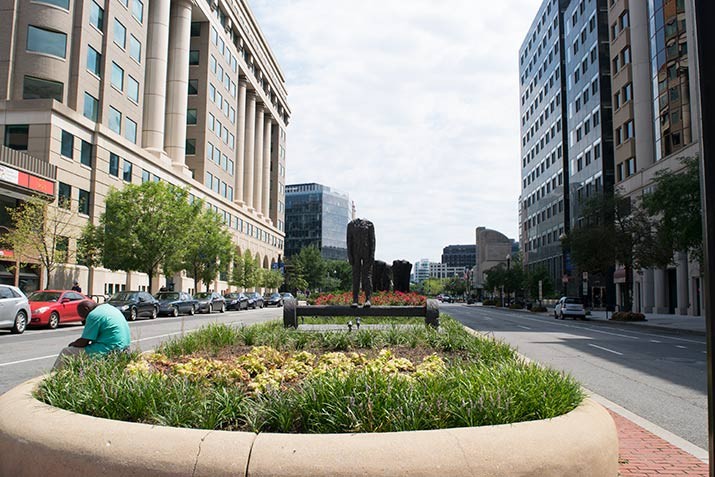 In the city is the largest in the world accumulation of international embassies – 170.
Washington – the world leader in the number of lawyers. For every 19 inhabitants 1 lawyer.
The territory of the National Park of Washington and a half times the area of the state Vatican.
Washington Museum of aviation and space technology is the most popular museum in the world.
More than half of Washington’s population – African Americans.
70% of the District of Columbia territory occupy by the park zones.
By mysterious reasons in Washington it is forbidden to eat candy on a stick. 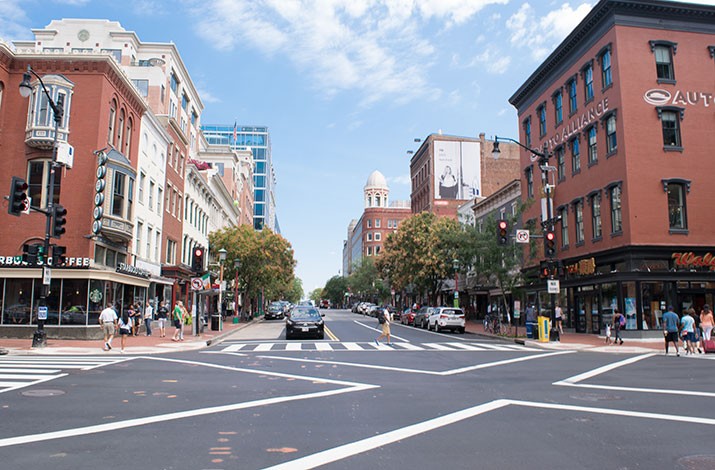 Amazing, huge, very beautiful, hided in the green parks the city of Washington – an indispensable item in the travel plan by the United States for any self-respecting tourist.

The power of the largest metropolis is organically combined with the natural nature, skillfully woven into the architectural style of the city. Entertainment for all tastes, a lot of interesting places and unique historical monuments – all of this you can enjoy plenty in Washington DC – the famous capital of the American state.