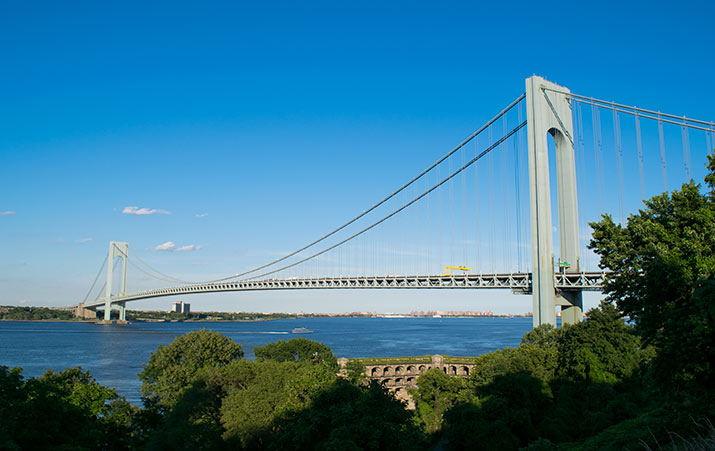 How appeared the name of the bridge

The bridge was named after the famous Italian seafarer da Verrazzano, the first European who came to the bay in New York on the Hudson River. Construction of the bridge was completed in 1964.

Towering 211 meters high pylons, which carry fixed overhead cables, have an excellent review the most excellent points of the city.
The central span length is1298 meters, and the side spans – about 370 meters.
This architectural wonder of bridge building has two floors each floor is equipped with six lanes for traffic. 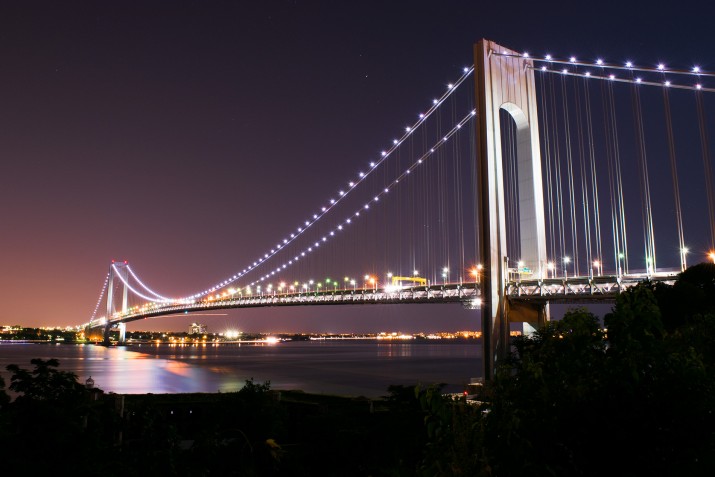 The uniqueness of the Verrazano-Narrows Bridge

Until 1981 the Verrazano-Narrows Bridge was considered the longest bridge of the world.
Today, the bridge took 11th position in the list of the longest bridges in the world. In the US, the bridge continues to lead the first place among the length of the suspension bridges.
World famous bridge appropriated sports glory of the New York marathon, which regularly once a year takes its start here. 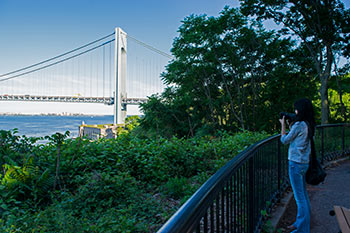 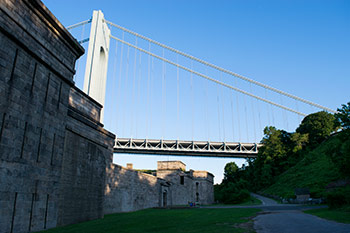 Clearance between the water and the lower edge of the hanging bridge construction height of almost 70 meters allows you to freely float under the bridge almost any cruise and commercial ships that come in a variety of the largest metropolis in the United States.

The bridge glory among photographers

At night time the bridge attracts photographers eager to capture the enormity of the power and the incredible beauty of the bridge in the shining light of night lights.
All who wish to make a few photos on the memory of the Verrazano-Narrows Bridge can take advantage of free parking at the local park area on the side of Staten Island. Cars can be parked here until 10 p.m.

The observation deck of the bridge gives the opportunity for everyone to enjoy the spectacular sight of glowing multicolored neon night in New York and New Jersey. 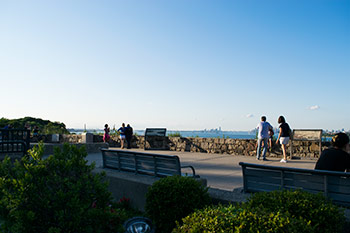 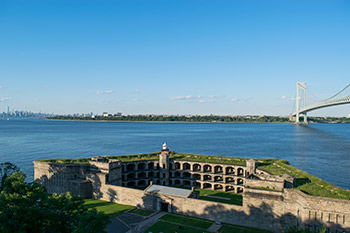 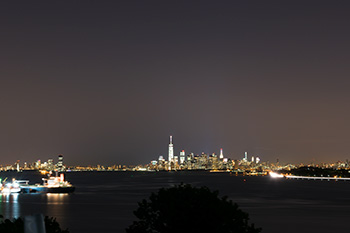 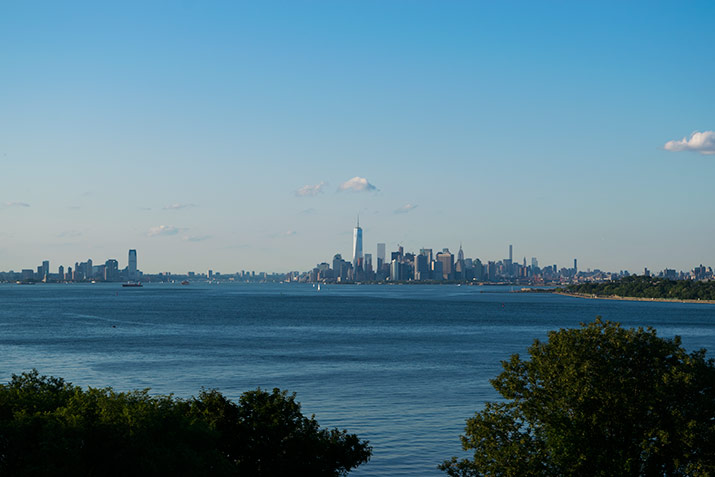 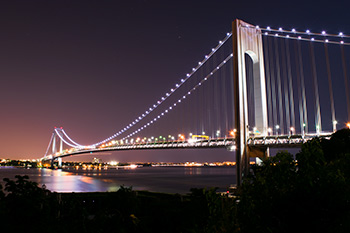 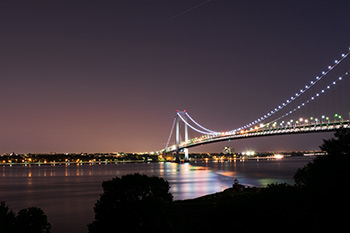 Payment for the entrance to the Verrazano-Narrows Bridge

Ride on the bridge in the district of Staten Island will cost you $ 15.

One thought on “Verrazano-Narrows Bridge”