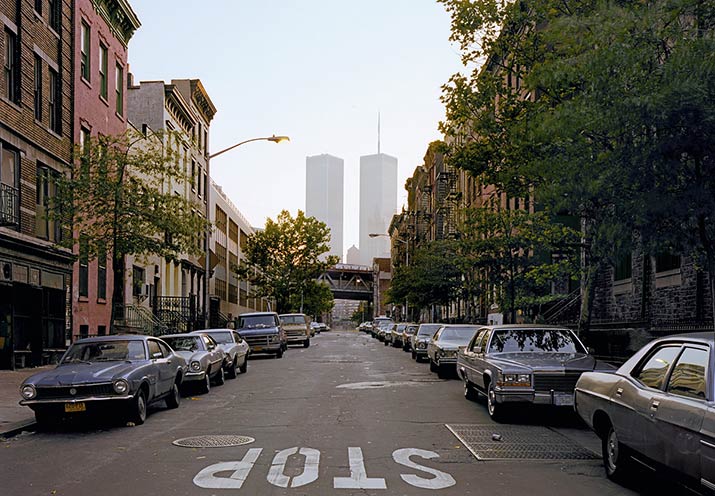 New York, the largest US megalopolis, in the 1980s was gripped by mass crimes, in the city was in chaos, and the life was like hell. Only during twenty-four hours happenning about six – seven murders. The number of serious crimes amounts to about 1.5 thousand every day.

The wave of crime so captured the New York, that life became unbearable. Besides the fact that the movement on the streets at night presented a great danger, a trip on the subway was also quite risky. 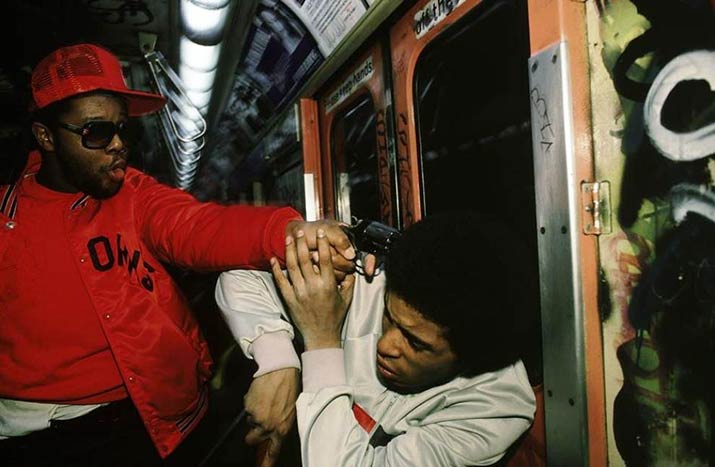 The situation reached a critical point. Robbery and begging in the subway was considered commonplace. On the platforms, which also were dirty and raw, there was no coverage. The ceiling and walls of wagons were completely painted with graffiti, it was cold and dirty because garbage wagons and not cleaned at the stations. 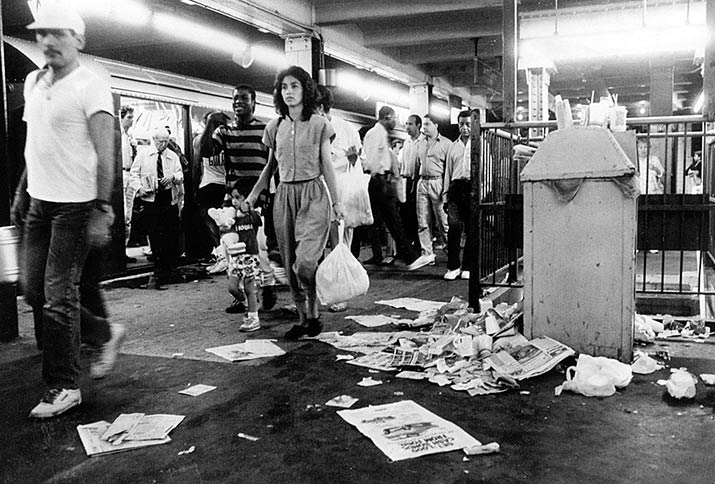 During these years, he reigned ferocious-scale crime in the entire history of the city. But for unexplained seen from the tendency of the reasons for this phenomenon in 1990, the beginning of fall sharply. Within a decade, serious crimes began to occur twice as often and the number of murders decreased by 2/3 compared to the 1980s.

And by the end of the 1990s, crime scene in the subway fell by 75% compared with the beginning of 1990. And no one knew why tens of thousands of criminals suddenly stopped and began to break the law to maintain order.

The root of all reasons not expecting fall of crimes ?

The mystery of the magic change was soon considered a Canadian sociologist Malcolm Gladwell. He wrote a book, “The Tipping Point”, in which he described what was going on and called the phenomenon of “broken windows theory”.

Gladwell in the pages of his book called “Broken windows” the brainchild of employees of department of criminal investigations of Wilson and Kelling. According to them, if a person around reigns a complete mess, everyone feels entitled to break the law, because he subconsciously think that for him it will be nothing. An example is the contrast of the broken window. The man, seeing the broken transom and broken glass thinks that nobody cares about broken windows and all that anyway. Therefore, other windows may also be broken, and a sense of impunity in the form of a chain reaction spread throughout the county.

“Broken windows” theory was confirmed by psychological tests at honesty
Social epidemiologist Gladwell was agree with the views of Kellingg and Wilson about this. He believed that the offense committed was not due to lack of proper training or unsuccessful heredity. In fact, such behavior – it’s simply a reflection of what they see around them. 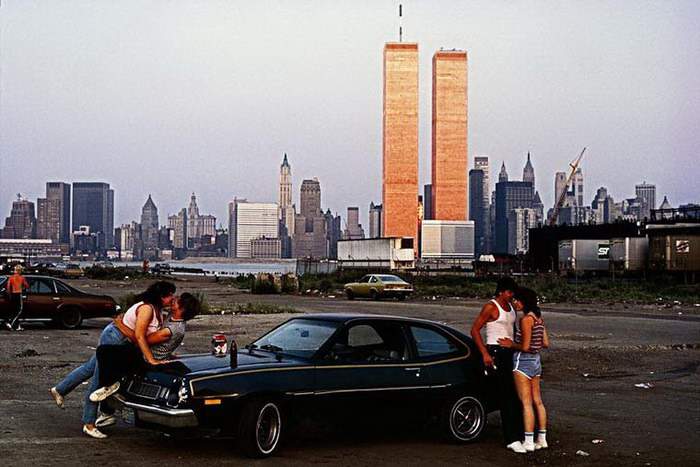 This version was confirmed by Dutchman sociologists too. They come to similar conclusion after a series of interesting experiments. For example, they placed advertisements on the handlebars of bicycles that were parked near the store, and at the same time removed the urns.

During the experiment, it was found out that only 33% of the owners bicycles threw them on the ground. Near the store leaflets were not scattered. Later, again they conducted the same experiment, but now also painted the wall near the store labels without meaning and content. This time has violated the order of 69% of cyclists.

Stage 1 – persistent struggle with graffiti on the walls

Why, in the 1980s reigned mass crime? The newly elected head of the New York City subway David Gunn in the mid-1980s decided to eradicate crime in the city, using the fight against graffiti. But the inhabitants of the city rebelled against such an idea. They were convinced that the money go to waste, and better to do more serious things, such as: crime, technical problems and fire safety. 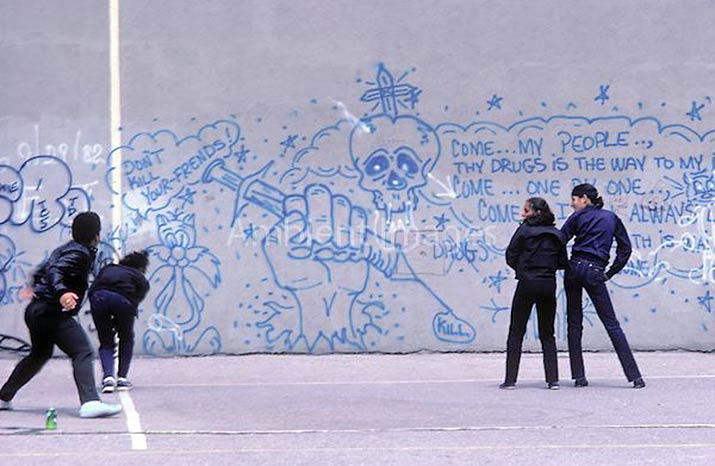 Gunn, in turn, was adamant, believing that all the root of evil lies in the painted walls. The whole process of struggle over the reigning chaos is due to start with a victory over graffiti. Gunn was convinced that if you do not remove the dominance of the dark graffiti painted walls, improve the situation in New York will not succeed.

Gunn was ready to put into operation the new trains, worth $ 10 million.. For each. The first thing that needed to be done – is to protect them from vandals action, otherwise they are at risk to be completely disfigured. At the command Gunn cars were cleaned every day, virtually every car, was not missing a single one. According to him, it was like some kind of religious ritual.

The process to such an extent has been delayed, if the composition of returning at least one small even graffiti paintings then immediately washed on washing items established at the end of the routes. Dirty cars taken out of service until they were completely washed. Thus, the painted compositions could not mix with the clean. 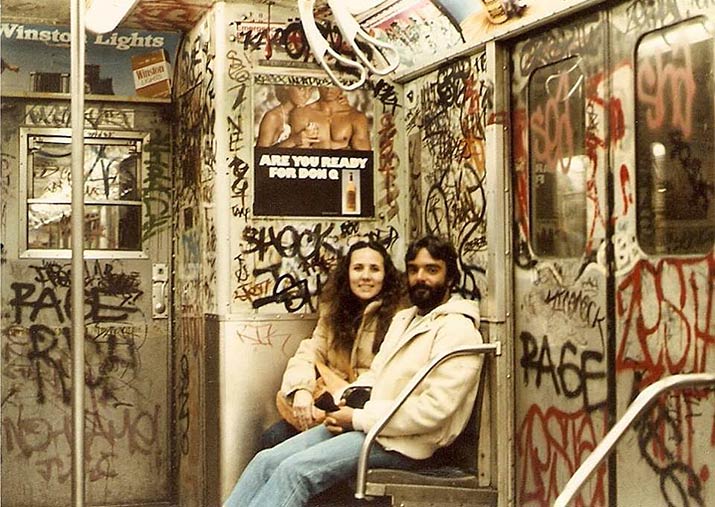 Gunn turned to the “artists” with the unspoken message, calling on them to cease to engage in graffiti on cars. An example of how this worked, was an incident that occurred in a depot in Harlem. teen night slap cars with white paint. The next night the arts dried up, and they circled the contours of images, and a day later – painted. It turns out that all of their work took three nights of hard work. Employees of Metro at the request of Gann these figures painted over on top by means of rollers.

Naturally, the guys were extremely upset. It was an appeal to vandals, warning that even if they want to lose three in the morning to ensure that disfigure the train – nothing they did not succeed.

Stage 2 – the fight against stowaways

In 1990, Gunn became the successor to William Bratton. He went on to head the previous policy in the fight against crime. His actions began with the application of measures against free-riders.

At that time, around 170 thousand. Residents rode the subway without paying tolls. Teenagers broke into the underground, using force or jumping over the turnstiles. People who have seen this picture, it seems that if a few people can commit such acts, and that for them too, the law does not apply. That is, people get kind of “virus violator” of human initiating the idea that if someone does not pay for travel, why pay others? 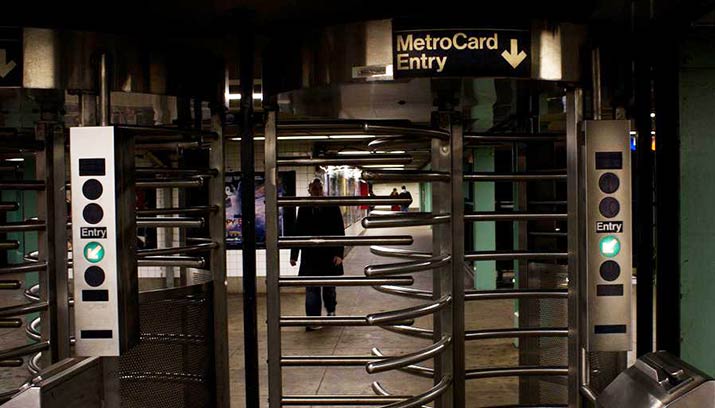 And Bratton has taken drastic measures. Near the turnstiles were delivered by ten plainclothes police to track down free riders, who immediately arrested. Violators grew into a chain and stood up as long as the fishing is over all those who did so at the same time.

All the “hares” fingerprints, search for and identification were taken. It turns out that some had guns, others – are prosecuted before the law is not the first time.

According to Bratton, for the police it was a kind of game, a kind of experiment. On each subsequent arrested could expect anything. Someone found a knife at someone a gun, so even without a permit. We came across even a person convicted of murder. As a result, most of the bad guys will soon cease to carry any weapons and began to lawful to pay for travel. 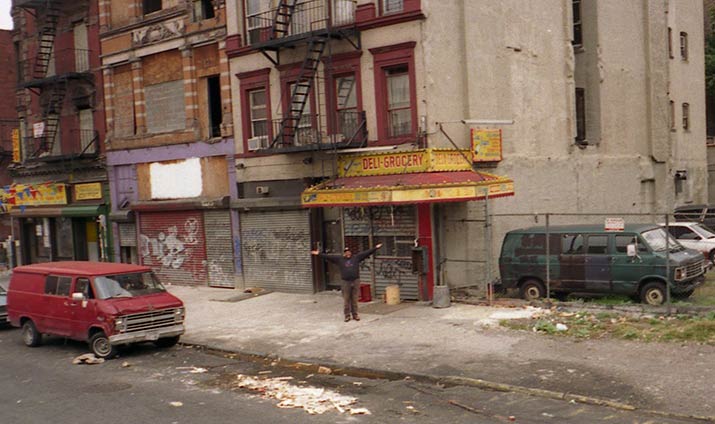 In 1994, the new mayor of New York Rudolph Giuliani Bratton appointed to the post of the chief of the city police. In Wikipedia there is evidence that the first to apply the tenets of “broken windows theory” it Giuliani. Now-we know that this is not true. However, the merit is unquestionable mayor – thanks to his team methods of action of this strategy were distributed throughout New York City.

In particular, the police took strict measures particularly to small violators of the order. All those hooligans in public places, such as: throwing empty bottles, was seen in a drunken state, painted the walls and jumping over the turnstiles made immediately arrested. Detained and those who lure money from drivers, wiping the glass of cars, as well as those persons who are on the street defecate.

As a result, the rate of street crime began to decline at the same pace as in the subway. And the mayor of New York, and the police chief was unanimously reaffirmed the fact of what is happening in that: minor offenses are a signal to the implementation of more serious crimes.

Applying a series of effective measures against the violators of the order, the city authorities managed to stop a chain reaction of criminal events. And by the end of the 1990s, New York has become a safest metropolis of the United States. Voila – a miracle happened!

It is clear that in a large New York City crime is not completely eradicated, there are unsafe areas, but thanks to this approach, crime has decreased significantly.