Who does not know that the Statue of Liberty – the main symbol of New York City? Everybody knows. This world famous monument of architecture, which is more often than others can be seen in movies and broadcasts, is known for its 46-meter height and weight is 125 tons.

The greatness of the Statue of Liberty

Impressive beauty of the statue often result in comparison with the Colossus of Rhodes – a statue of ancient Greece, which, unfortunately, failed to please the modern world with its beauty. The opening day of the Statue of Liberty was even written a sonnet “The New Colossus”, whose words adorn the pedestal.

Silhouette of the statue is formed by copper plates fastened together to master the skillful hands were minted in wooden forms. 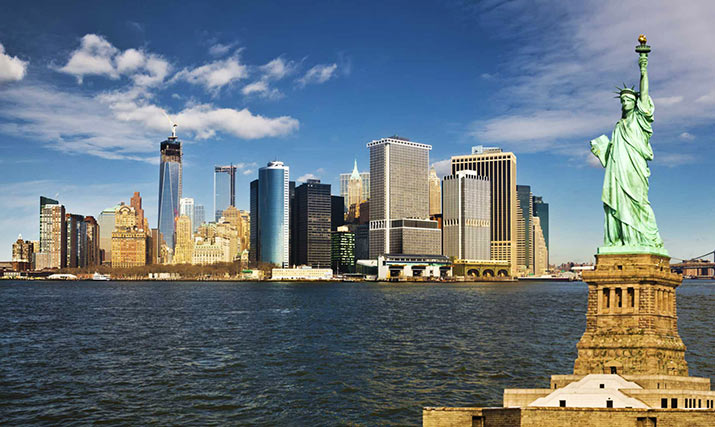 The basis of a powerful monument – a steel frame construction which specially invited world-renowned architect Gustave Eiffel. The construction of the statue was thought out so that the inside of the structure could move freely and using special ladders to climb to the main viewing platform. 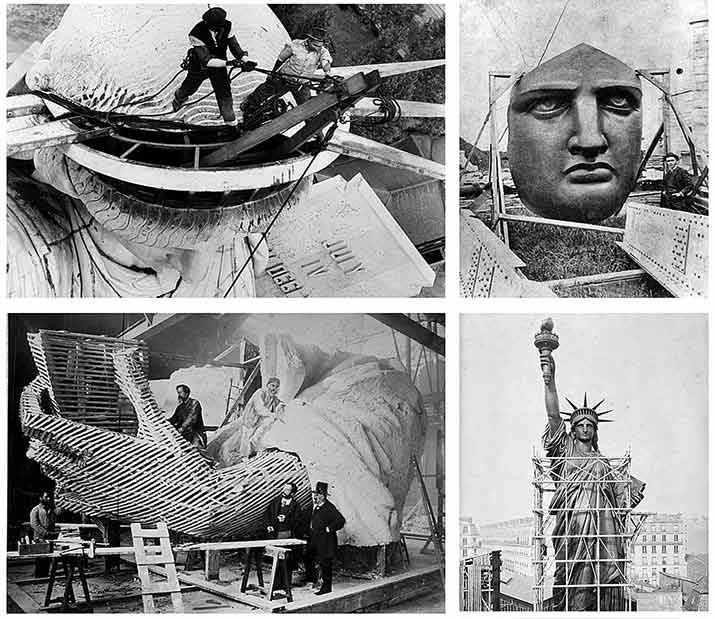 The height of the Statue of Liberty

At the top of the statue with a bird’s eye view the human gaze presents stunning views of the New York Harbor. Of the twenty-five windows, you can admire the magnificent spectacle. The rays of the crown, which covers the head of the statue symbolize the seven continents and the seven seas. 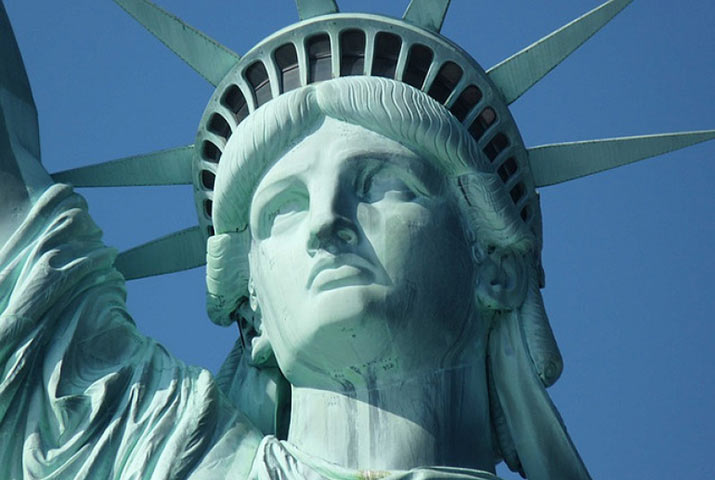 Monument reaches such heights that reach its summit can only be overcome 192 steps. Inside is a museum of the statue, which you can get via a lift.

Statue of Liberty – a symbol of American Independence

Not everyone knows that the statue is the full name of “Liberty Enlightening the World.” The monument was presented as a gift to the French people, providing support to the Americans, who were fighting for independence. 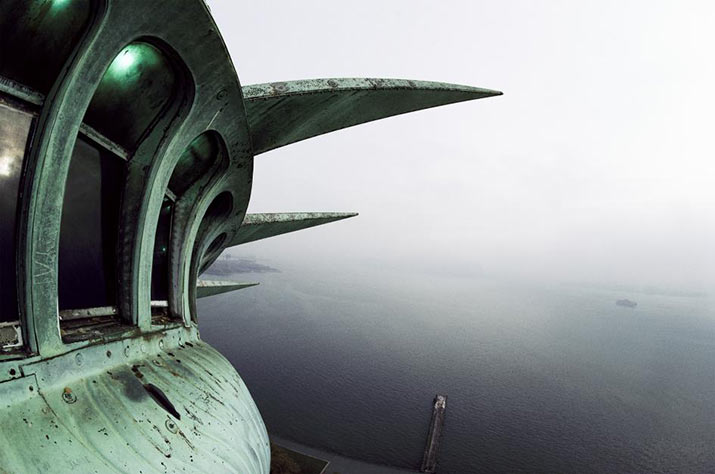 The idea of ​​construction of the monument as a symbol of American independence by the famous French lawyer and scientist de Labulaye. And the idea of ​​the statue – the French sculptor Bartholdi. In 1871, he created a model of the monument, a copy of which can now be seen in Paris, in the Luxembourg Gardens near the Eiffel Tower. 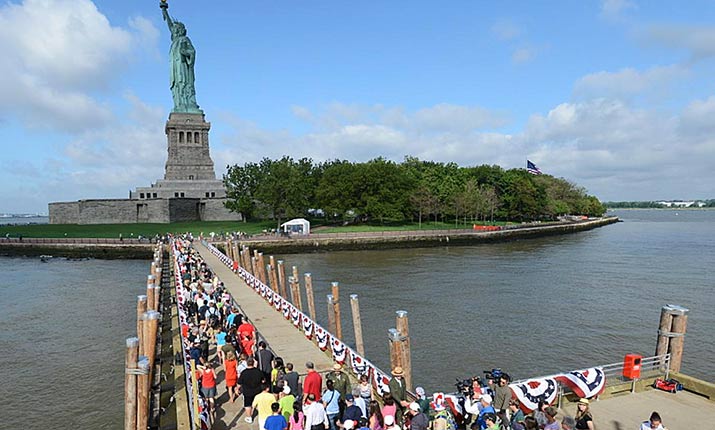 As the realization of the idea of ​​gaining independence symbolic monument placed one foot on broken chains. The left hand of the statue of Liberty is a plaque with the date of signing the Declaration of Independence.

Today, the statue is one of the national monuments, and the island Bedlow, which rises majestically this historic monument, has the status of a national park. United took the entire island and the Statue of Liberty to the monuments of world importance.

Tickets for the Statue of Liberty in New York City

Statue of Liberty is located on the island of Liberty Island, New York, NY

2 thoughts on “Statue of Liberty in New York”