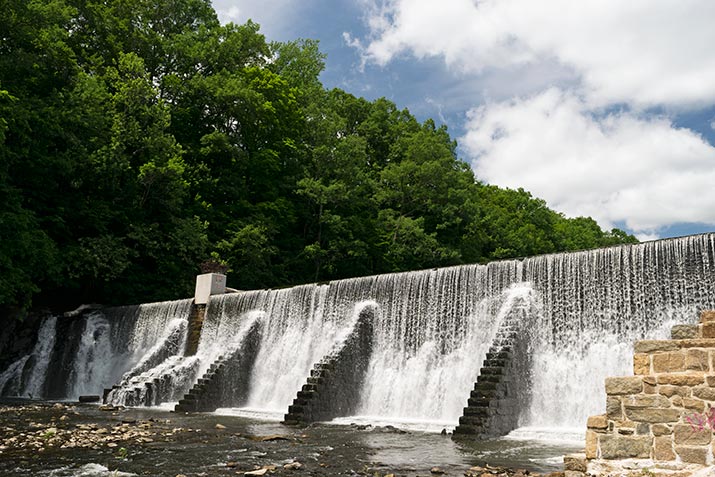 Near Lone Lake (Lake Solitude) in High Bridge city was erected a small dam, built in 1909. The dam gained fame in 2008 after a century of oblivion, when it was mentioned in the list of memorable historic sites in New Jersey, which are threatened with extinction.

Five years later the dam was completely restored with the participation of regional authorities, which cost $ 3.5 million, mainly due to the two-percent state tax. The construction cost of approximately $ 2.4 million. 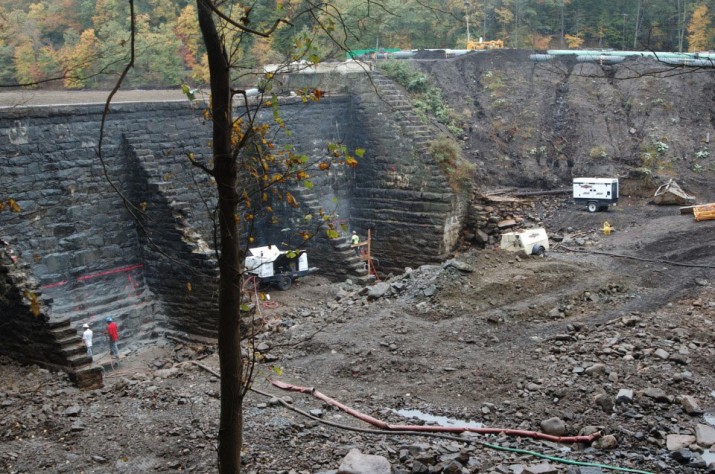 The dam, consisting of a 42-foot spillways, was built to generate electricity for the Taylor-Wharton company , which produced weapons for the US military in times of wars – from the Revolution to the Korean War. The capacity of the dam allowed the company to expand its production. 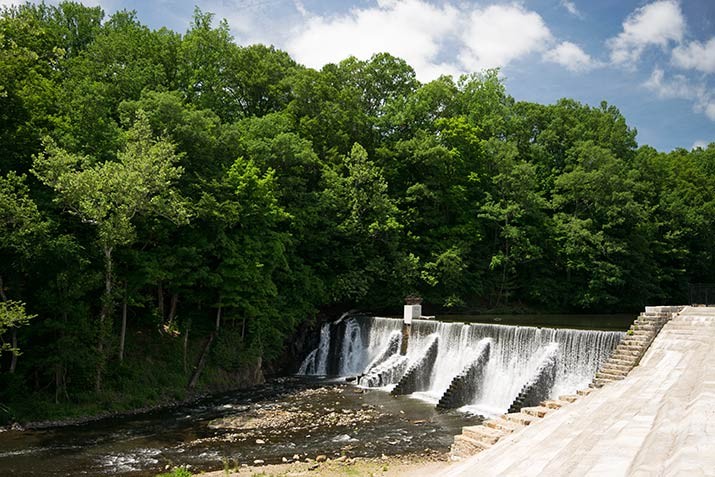 Despite the historical significance of the dam, the district authorities could not reach a consensus, what to do – to restore or demolish – were constantly advocates on both sides. In 2008, when this territory was included into the list of memorable historical sites of New Jersey, falling under the threat of extinction, opinions leaned towards destruction. It was more profitable than to keep the dam as charitable contributions for its maintenance does not pay the costs, and return the river to its natural state was regarded as a more expensive measure in the long-term planning.

But in 2010 the district authorities have received low-interest loan from the state to restore the dam. Repairs were completed in the past 2014. 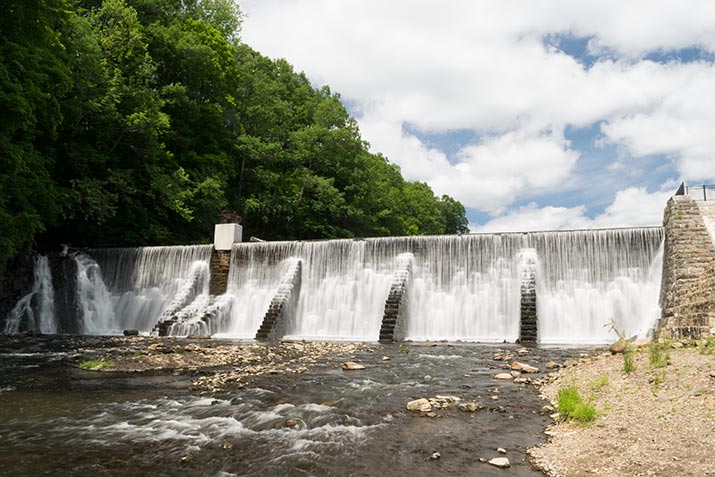 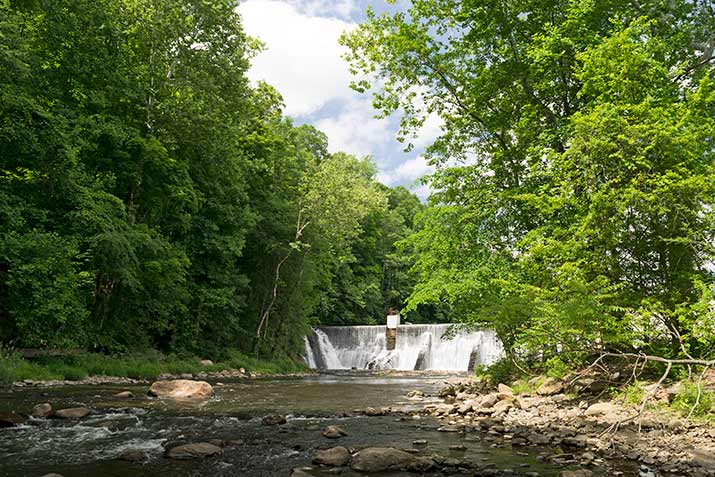 In 2008 in the list of memorable historic sites in New Jersey, which are threatened with extinction, the dam has been featured not only as a link with the historical past of the area, but also as six-miles trail that unites the open spaces of the local territory. Security Group predicts that the restored area can be effectively used for tourism and earn money for the district, stimulate travelers to come here, and business – to develop. In addition, this place has the potential to return to its historical mission – the production of  hydroelectric power. 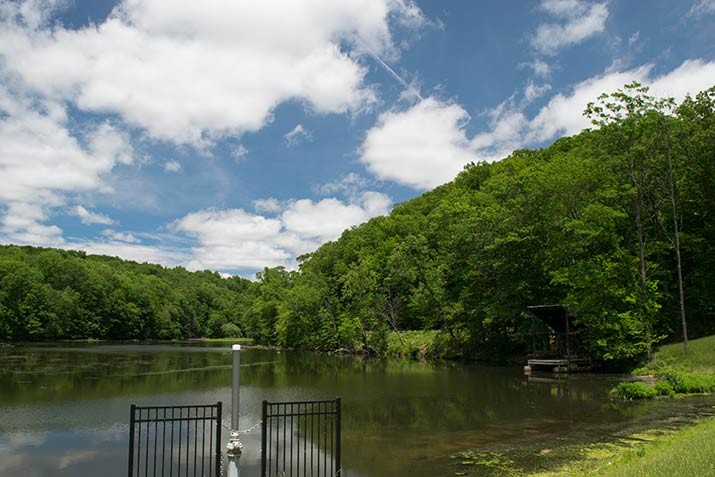 In 2007, the member of district council Tom Flynn, first suggested that the dam is able to once again become a source of electricity. Already in 2008, a public company to raise public awareness UFHA – Union Forge Heritage Association – Association of Unions of heritage conservation outlined a few suggestions on how this can be done. More recently, in 2009, officials of district authorities investigate questions whether what is necessary to obtain authorization from the Federal Energy Regulatory Commission to implement these changes. 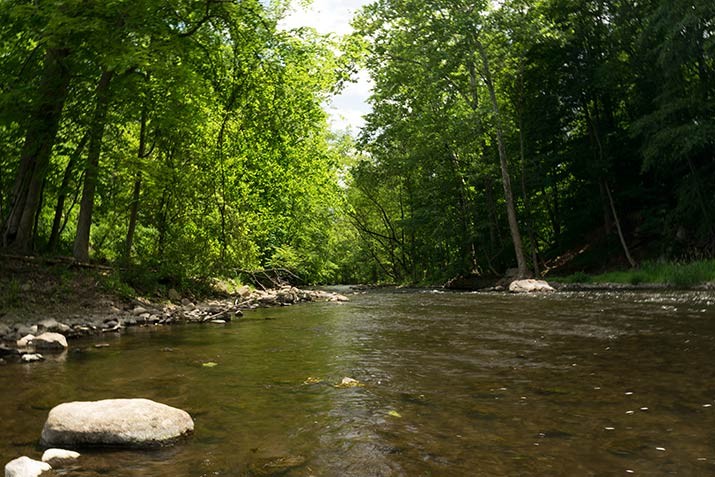 Tom Flynn dream to see launching of the power plant by his own eyes. There are company that expressed interest by the project. Thus, the High Bridge give rental rights to use the water resources and will be able to get additional income, which is at no cost to the taxpayer. 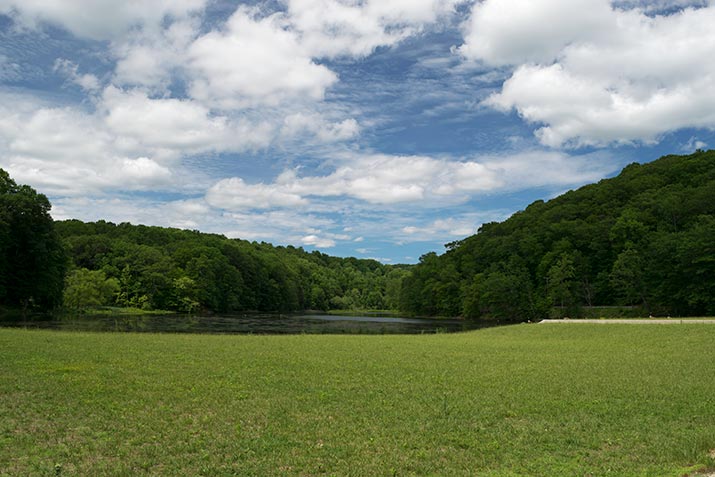 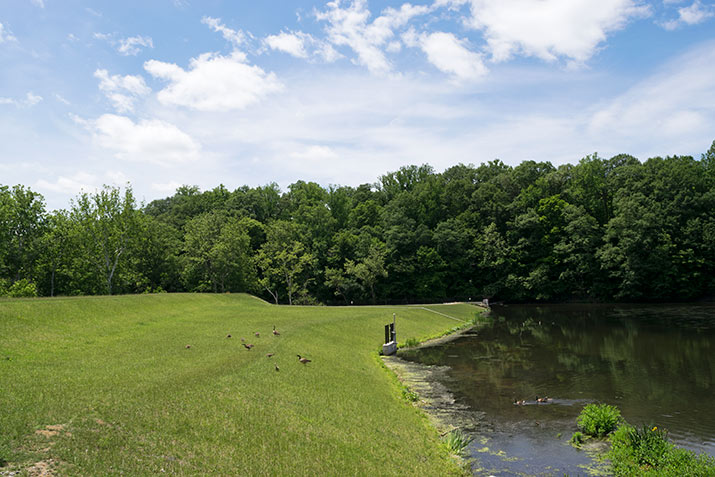 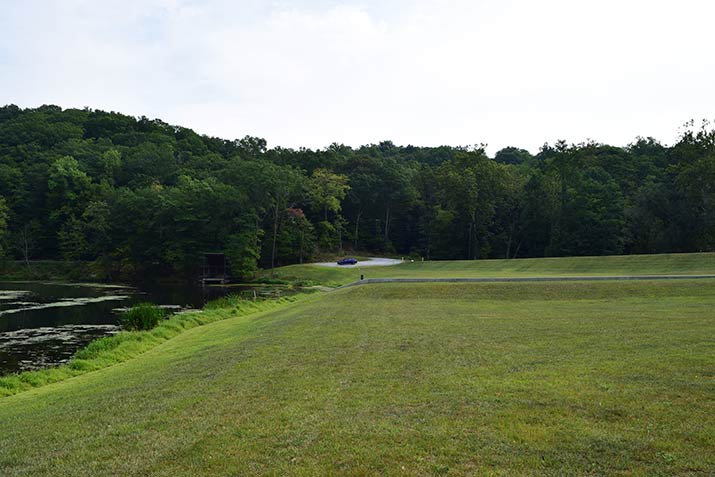 The dam has a width of 175 feet and 40 feet in height. Above ground portion of the length of the dam is 500 feet. The depth of the lake Solitude – more than 25 meters. According UFHA, all the elements that can potentially be used again to produce hydroelectric power, is still in place and ready to ensure that benefit people. 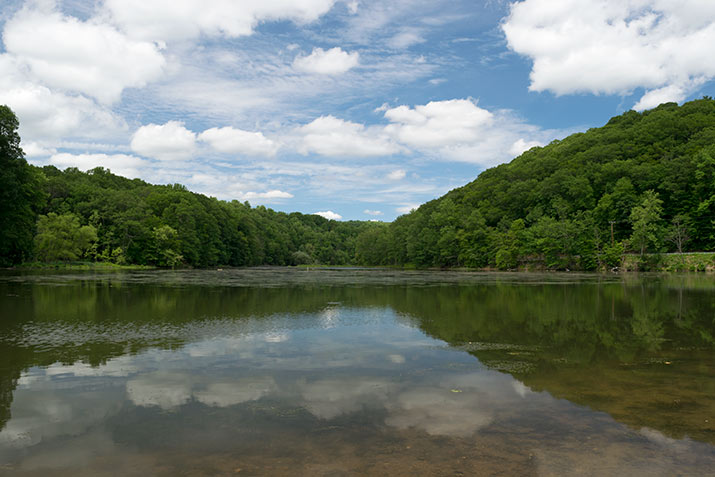 This is a very beautiful place to relax and photos.

Waterfall jets picturesquely cascade down from the battered time blackened masonry dam levels, is surrounded by the most beautiful lake in the coastal greenery, the air impossible to breatheenough. Be sure to visit this great place if you are in High Bridge.

Also nearby is the Solitude House Museum, if you like old houses with an interesting history, you should visit this place. 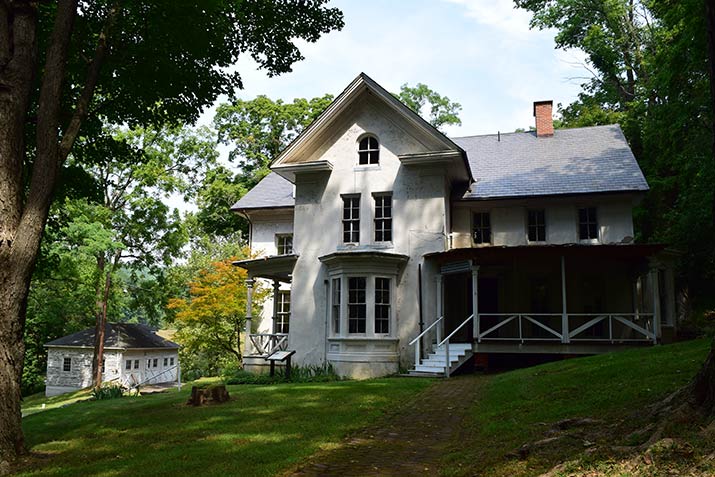 2 thoughts on “The lake with a waterfall in High Bridge”