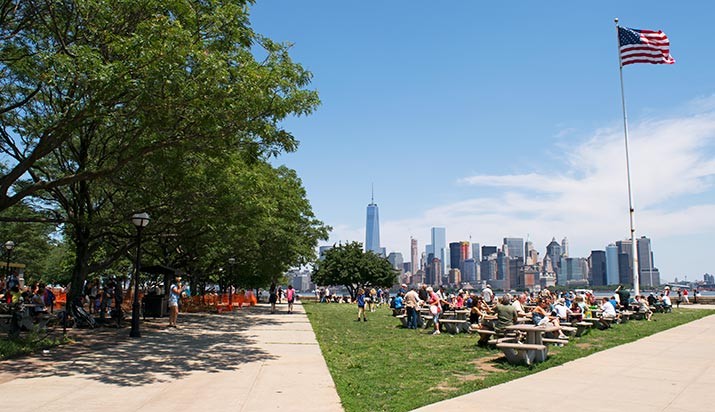 Ellis Island in New York, is known only located here the world famous monument – Immigration Museum. It is a small piece of land in the middle of the Hudson River near the southern cape of Manhattan region.

Whose name is carrying Ellis Island

The island formed from the soil, which was exported when laying the New York subway. Previously, he looked like a sand spit, which the Indians used for oysters catching. Also on the island was executions of pirates. 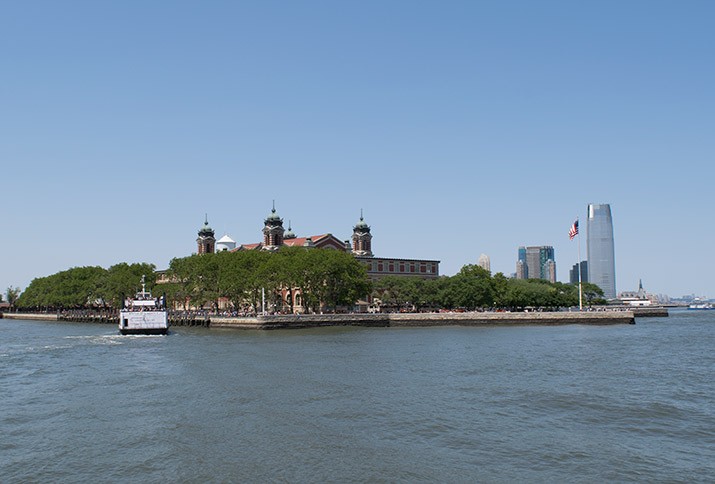 In 1785, during the war for American independence the emigrant from New York the merchant Samuel Ellis bought the island area of 1.2 hectares and opened a tavern, providing with food-stuff the local fishermen. That is how the island got its name.

In 1808 the island was sold by heirs of the owner to the state of New York. In the same period, the island was purchased by the Federal Government for $ 10,000. Since then, he is known as Ellis Island. Since then its square increased to 14.8 hectares.
For the federal government, the island functioned as a fortress and arsenal, where the barracks were built. During 80 years at this territory stationed military fortification Fort Gibson, who never had to chance to defend the city. 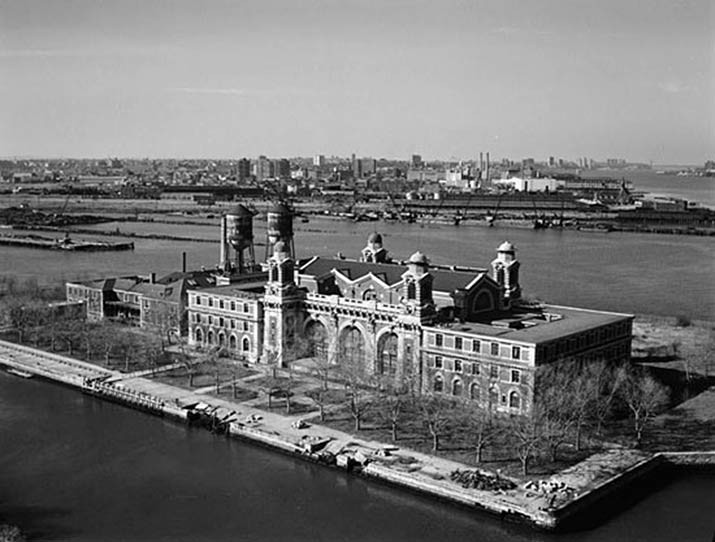 Ellis Island as bastion of immigrants

In 1814 the island was overtaken the first massive wave of immigrants. The next forty-five years exactly on Ellis Island made its first steps on the land of the New World millions of migrants from Eastern and Western Europe. No heavy conditions of crossing the Atlantic Ocean, not abject poverty did not stop the crowds of people seeking a better life.
In 1892 was opened the immigration center, as the number of those wishing to increase their standard of living has increased significantly. But before you reach the target, the immigrants required to go through a number of very stringent requirements. Management of the center was engaged by the decision of their fate on the basis of characteristics such as:

After a fire in 1897, the original building of the center was destroyed. Through the efforts of architects Edward Lippington Tilton and William Boring there was builded a new large centre, which was significantly different from the previous one, and included a hospital, a dining room for the thousand people, a laundry room and bunk beds. In addition, the area has been increased thanks to the exported soils from the construction of the subway in New York.

How registered those who arrived

They had to wait for the decision in extremely difficult conditions. Thousands of people crowded in a small stuffy room. The process of checking of the documents and the state of health was so long that many people do not stand up and died.
From the first look at the people column that rise the ladder, doctors immediately noticed the lame and those who was out of breath as possible carriers of tuberculosis. 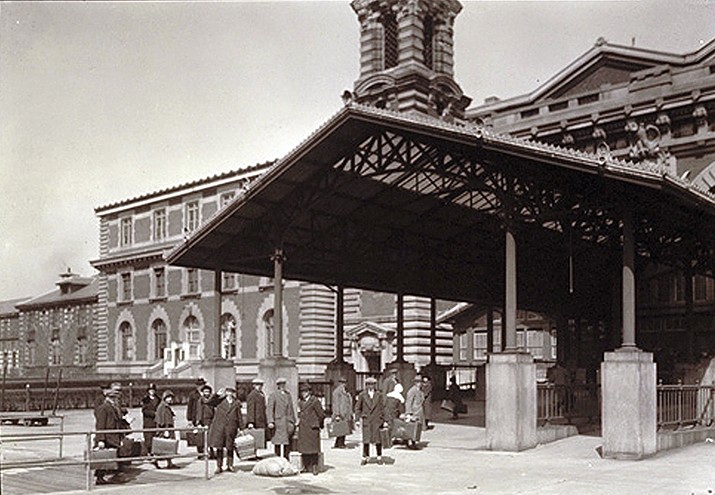 All arriving passed the test “on dementia”. Of the several wooden bars were offered to lay down ship. If the test has not been passed, the person was recorded in the weak-minded. In this way, especially in the period of mass immigration waves fall away every fifth from those who arrived.

Do not accepted single women, but on the other hand approved arrival of brides. Many marriages were concluded directly on the island.

The first who passed testing successfully was 13-year-old resident of Ireland, Annie Moore, for what management of the center has presented to her a gift of ten gold dollars.

Immigration to the United States in numbers

Every day on the island was arriving around 5 thousand migrants.
In 1907 was set the record, when more than 11,500 people passed through the receiving point of the island.
During the period of functioning of the immigration center were subjected of its inspections 12 million people.

Island of Hope and Tears – sacred ground for all Americans

In the center of the museum exposition are photographs, on which shown the entire histories of the families.
The island is also called the “Island of hope and tears.” Of hope, because the millions of people here for the first time set foot on the land of their new homeland. Of tears, because America did not become the promised land for more than 3,500 migrants that dead at the local hospital, where 1,400 of them – children. 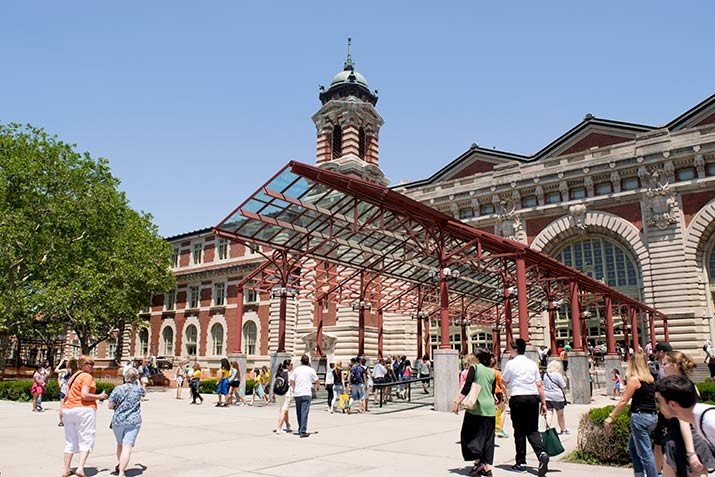 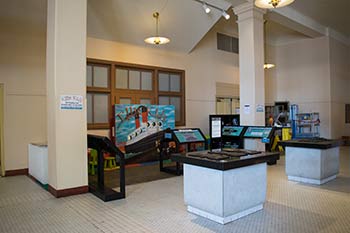 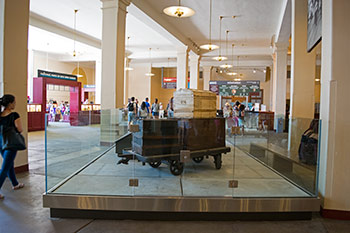 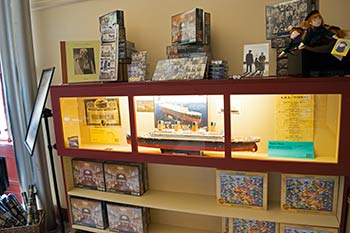 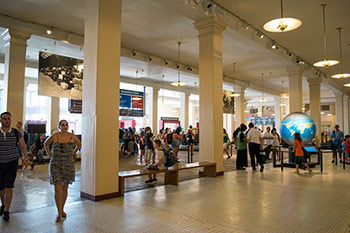 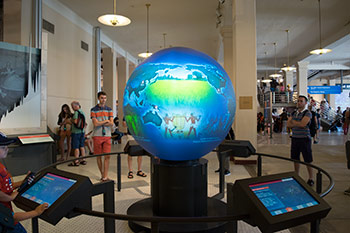 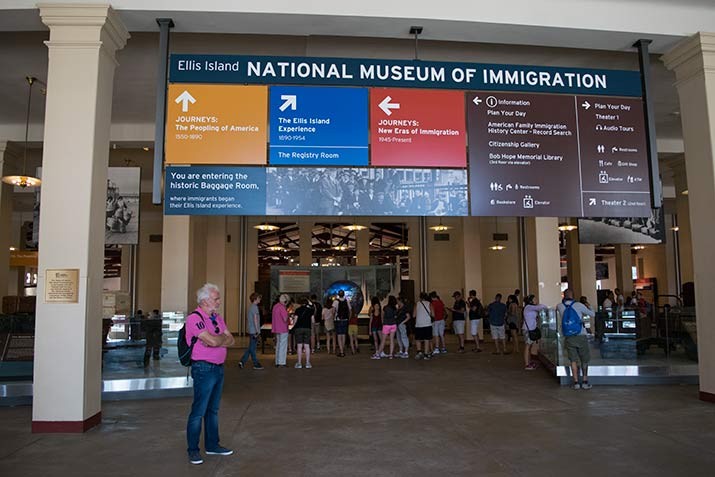 After the liquidation of the immigration center on the island was built Immigration Museum – the main attraction of the island. The grand opening of the museum took place September 9, 1990. At the island was set a stone slab, on which is 470 copper plates engraved with the names of people that immigrated to the United States at different periods of times. 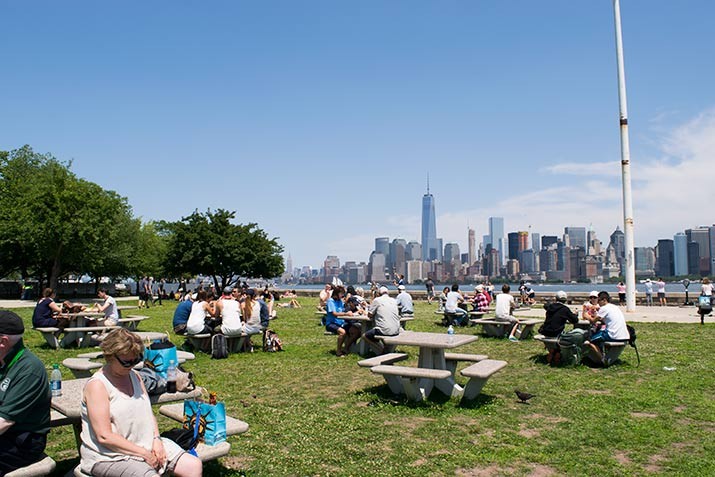 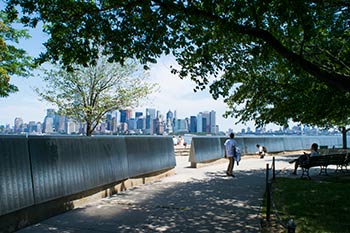 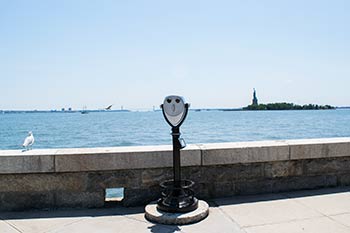 In October 2013, Ellis Island was reopened to the public again after the large-scale destructions caused by Hurricane Sandy.
Almost every inhabitant of America have in their pedigree at least one man caught in the United States through Ellis Island. Today anyone who want can look for their genealogical roots in the local immigration database in which more than 22 million records. 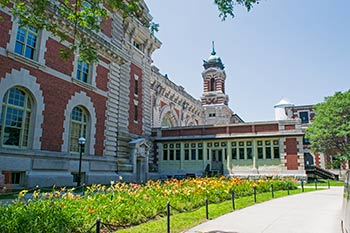 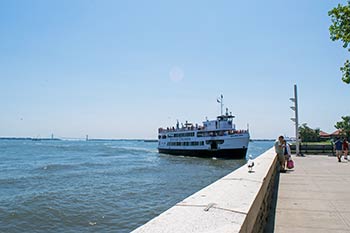 Interesting facts about the Ellis Island

Changed names. There is a legend according to which the names and surnames of many Eastern European migrants have been changed since they were written incorrectly, simplified or reduced by reception personnel.

Jurisdiction of the island. During the colonial period the island was under the control of New York City, though geographically it was located closer to New Jersey. After opening an immigration point of the island area is significantly increased, and New Jersey presented his rights to the artificially created island territory.

The proceeding was conducted by the Supreme Court, ruling legitimacy of New Jersey by the possession parts of island, which appeared after 1834. Nowadays the island is under the jurisdiction of two states at the same time. 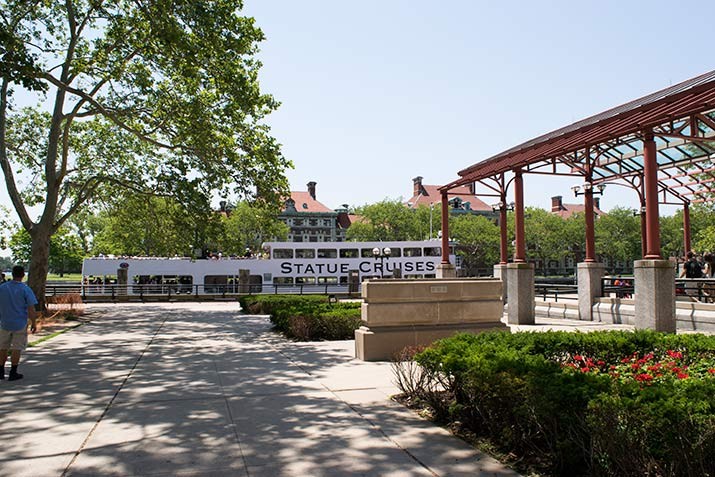 Ellis Island – the most popular place for tourists. Island-museum is a original memorial to the millions of people who started their lives in the New World just on this memorable place. Any tourist walking along the halls of the museum, had the breathtaking from the knowing of that how big contribution of immigrants to the development of this vast country.

How to get to Ellis Island

From Battery Park approximately every 20 minutes for ferries to Liberty Island, where you can see close by the Statue of Liberty and then visit Ellis Island. The ticket price of $ 17.