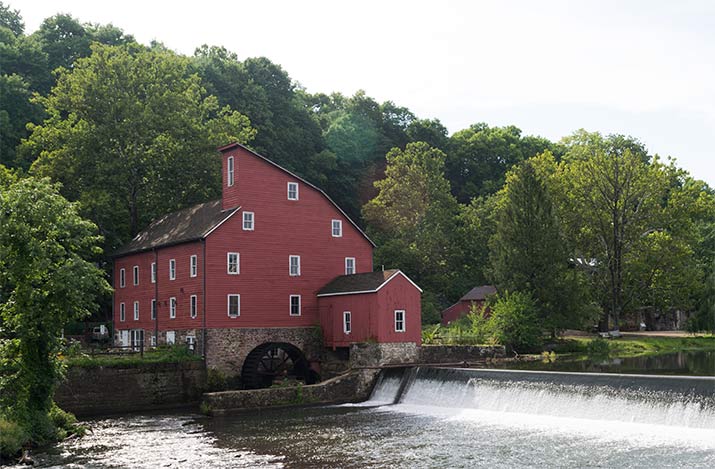 Perhaps no other symbol of western New Jersey is not known more than the Red Mill in Clinton. Located it is just below the confluence of Spruce Run and the South Branch of the Raritan, on the west end of Main Street.

The history of the Red Mills

Red Mill was built around 1812 to process wool. Initially, it was not so big, and most likely, was not painted red. Subsequent hundred years of architecture has expanded and changed for different tasks, the list of which includes milling malt, gypsum and grinding of talc, graphite processing and production of fruit baskets. 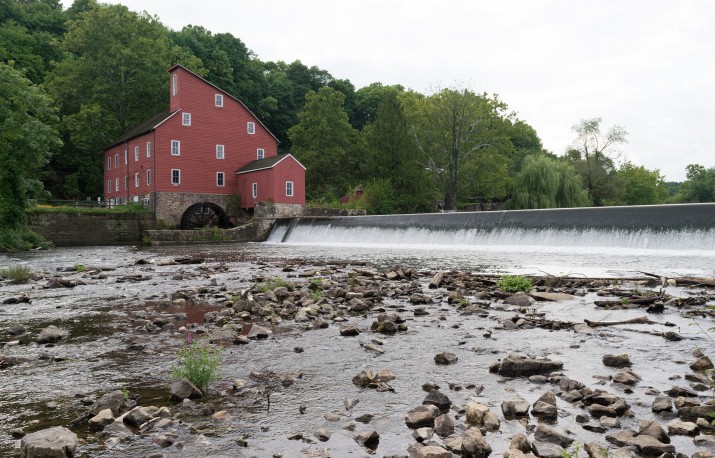 In the 1830s a large stone mill was built across the river on the east bank. This is where the problem remains fixed grinding grain. Two mills and left standing as a memorial and evidence once lived harmony between nature and the possibilities of human needs.

n the 19th century were not uncommon people who feel the force of his life alone in tackling industrial production. The area was littered with all sorts of facilities using water power. Wizard will complete the Red Mill, did not seek to create a point of interest, but simply watched the changing times of the economy. 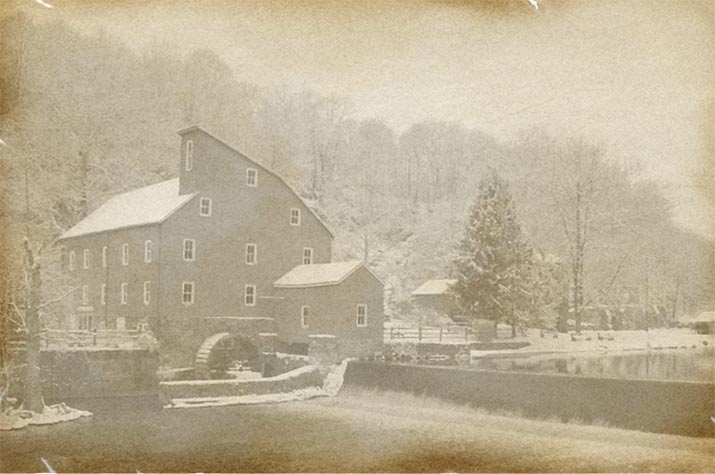 Carpenters, which added a unique extension of the roof, made it only to place some mechanism in 1908. They could not imagine how it would add specificity and will inspire artists, photographers, historians and public figures centuries later. 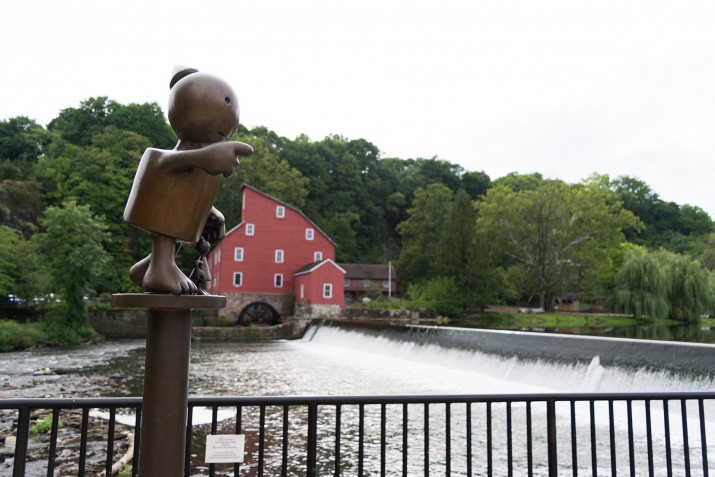 How did the Clinton Museum

In 1960, five forward-thinking business quite elderly, to remember the old days, windmills, horses and modification of structural features, we have arranged for the new mill design in red ink, and marked the beginning of Clinton’s historical museum. 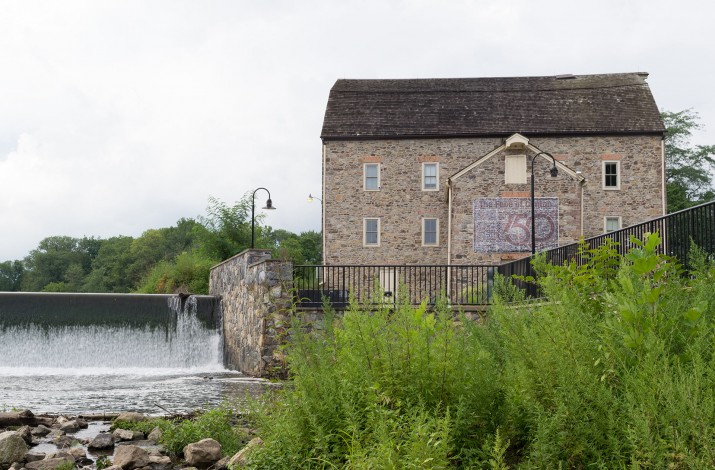 A few years later limestone quarry Mulligan was attached to the back of the mill and added to the structure along with the old quarry buildings; It was built for the average nineteenth-century homes for the workers, as well as a stone barn which has been converted into a forge. Only one office in a career with several departments played a key role in the history of the industry. In addition to them, there was a massive undeveloped lime kiln, lime-skrinningovoe impressive building, a shed for storage of dynamite and some shacks for the workers. 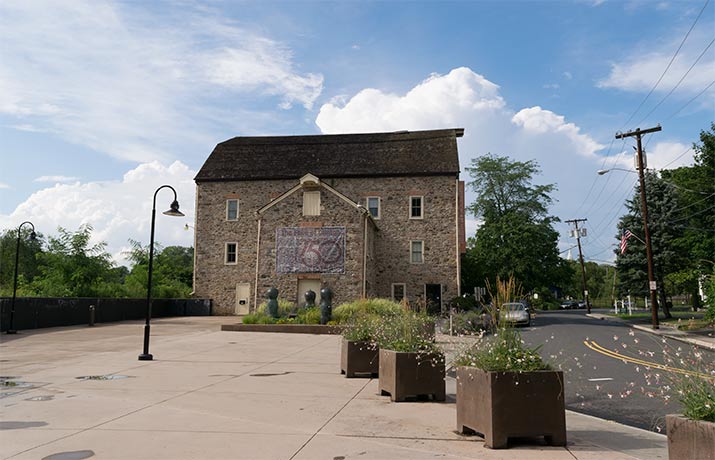 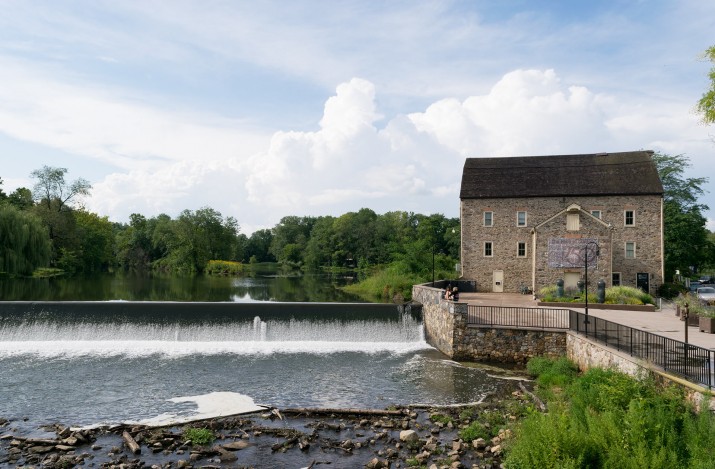 In 1970 one-room school house in Alexandria Township has been moved to the area, along with two long wagon sheds of the local churches. Wooden house, which is the birthplace of the hero district Hunterdon, member of the Revolutionary War, Daniel Morgan, was built in 1976. By the mill and administration building was added.

Today, this area is known as the Village Museum Red Mills. For schools and the general audience a wide range of special programs. Shop at the Red Mill, located on the first floor of a beloved old mill, it offers visitors a variety of gifts and historical reproductions. The upper floors are devoted to the history of Hunterdon. The exhibition features many pieces from the museum’s collection of more than 40 thousand. Items. 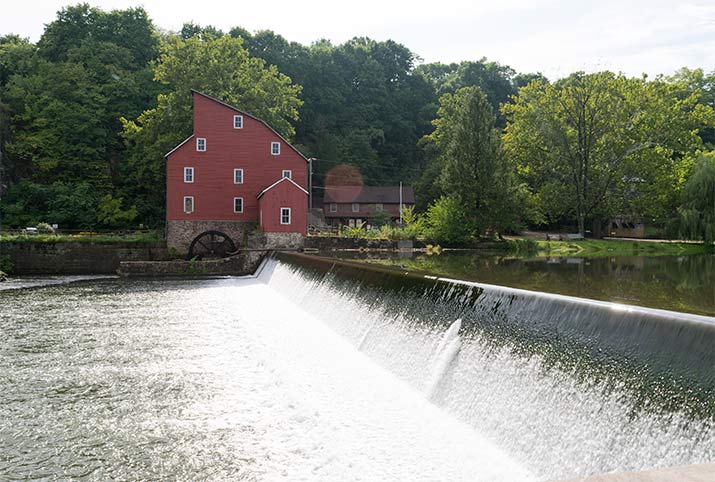 In 1952, the group of artists and public figures, acquired Grist Mill building for use as a non-profit cultural center. In a large-scale restoration of the building was carried out, and now here is Hantedonsky Art Museum. The exhibition includes the work of local, national and international artists. Galleries are open from Wednesday to Sunday, from 11 am to 5 pm. The museum charges an entrance fee.

Location of the museum is connected with a picturesque iron bridge built in 1870. The bridge is equipped with walkways, which are separated from traffic with heavy wrought-iron rails. 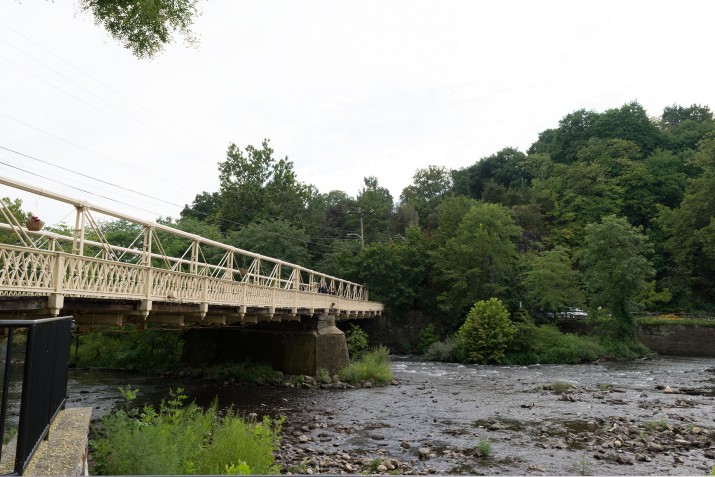 Despite the fact that the bridge is a part of Main Street, avid fishermen catching trout here, often flashing on the sidewalks of the bridge. Just beyond the western part of the bridge is the Clinton economy, survived the nineteenth century and famous for its delicious food. 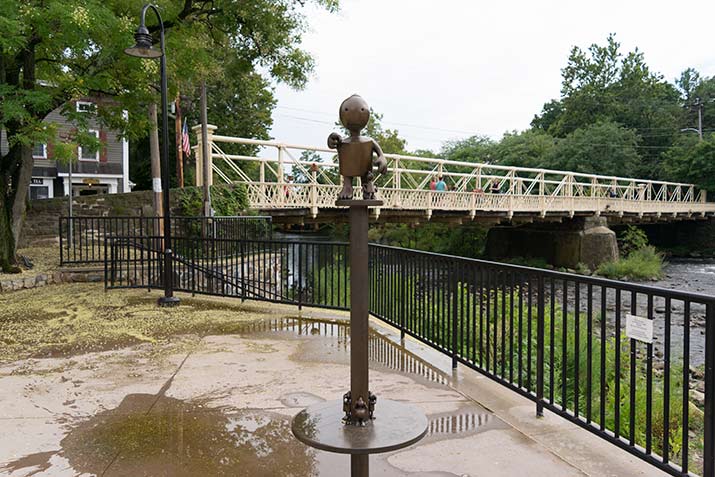 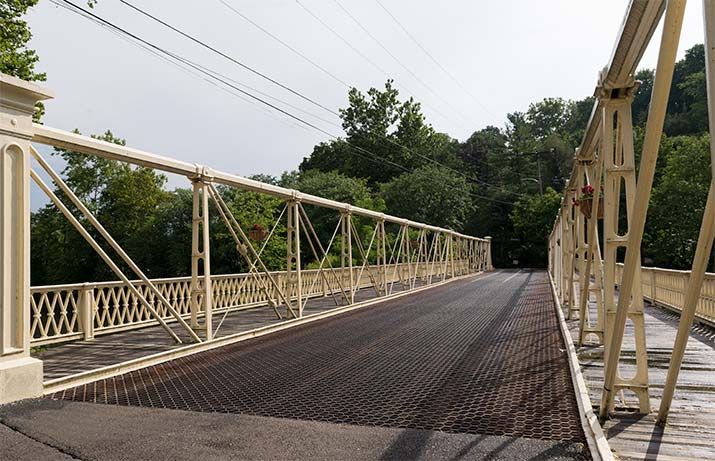 In the eastern part of the bridge just behind the artistic center is the old city center – business district. Clinton Restaurants not only preserved Victorian atmosphere in the city is still rural fresh air. 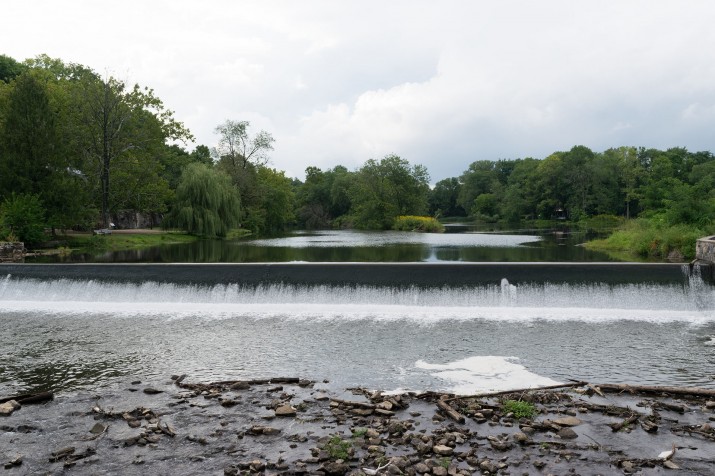 The people who built the building by the river, could not have foreseen all this. Some tourists are disappointed, revealing architectural structures used in such a variety of purposes. But this is – museums, history, art, antique shops and good places where you can eat. The urban population seems to understand that the protection against vandalism – it’s not just the protection of old things that you can sell. It – saving their viability, ie the creation of conditions in which the quality of the past complement the modern life. It perfectly traced the old and the new synthesis. 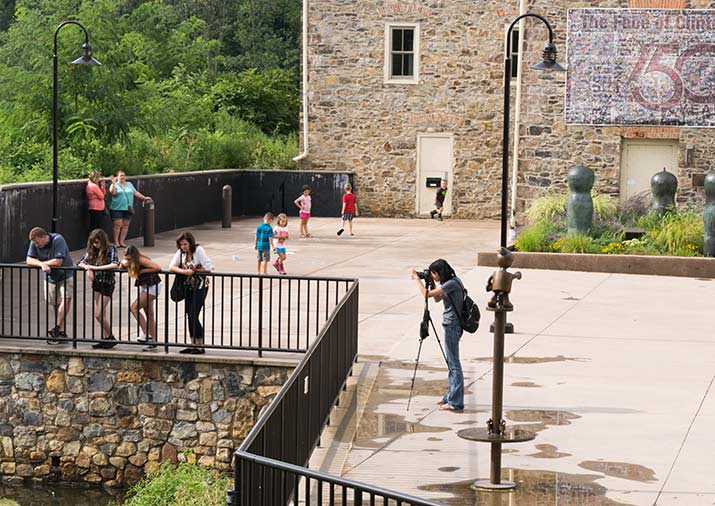 While the majority of institutions committed to meeting requests more sophisticated audience than the Victorians, shop windows and street signs are still made in the character of the local tradition, clearly reflect the pride of the local traders from being in such a special place. Visit this place and articulate the views of the locals you see for yourself.

How to get there?