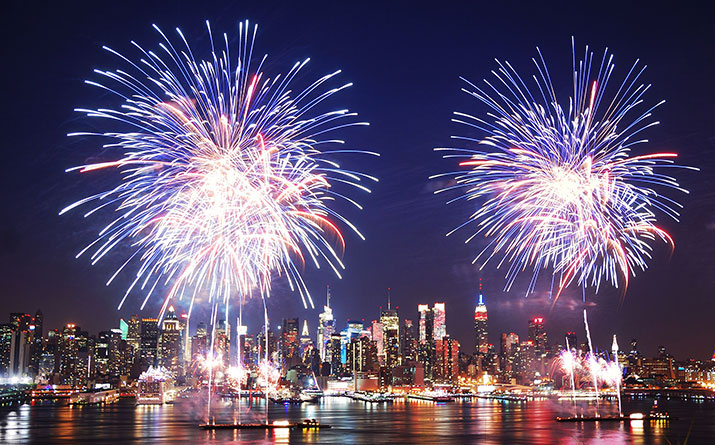 In order not to lose any single moment of pleasure is worth to know how to celebrate the New Year in New York, and learn about all the traditional festive measures of this world famous megapolis.

Here are some options for your actions in this nation-wide favorite holiday:

Hike to Times Square, where you can see the crystal ball which is coming down and the ensuing explosion of sparks and confetti can be a good idea for those who like to stand 6 hours on the cold. 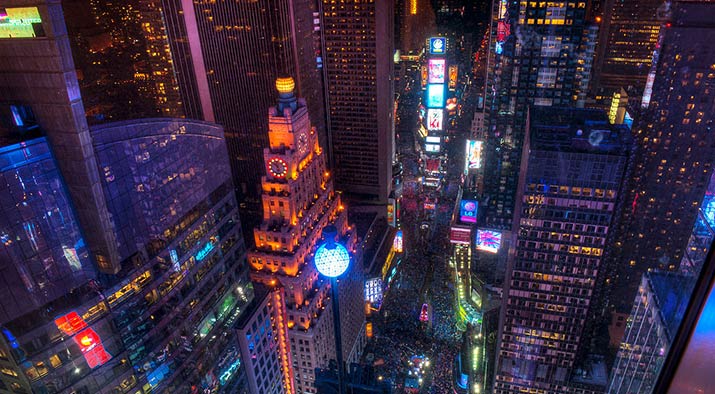 When you freezed in issued in every brilliant hat with a whistle, you wait for the countdown accompanied by loudly-squeal crowd and joyous loud-voiced «Happy New Year!». If you really wanted that to push one another in the motley crowd, grab a warm blanket. 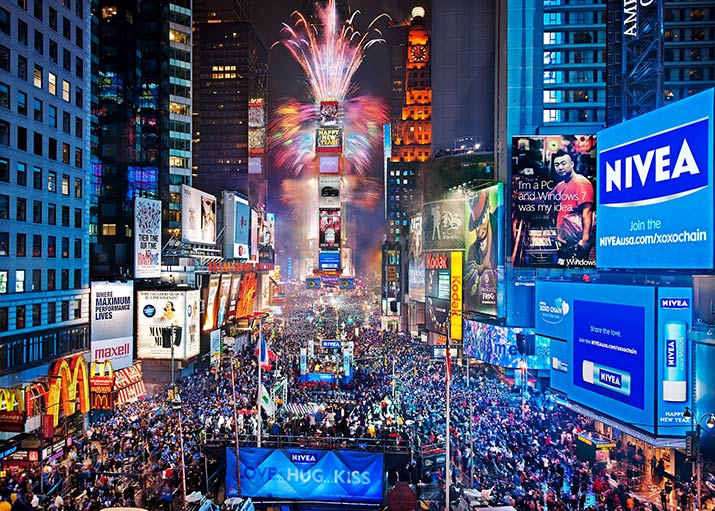 The alternative option – a visit to the Brooklyn Bridge for half an hour before midnight. Just enough time to find a place closer to the middle, and admire by glowing lights on the lower Manhattan, the Statue of Liberty and the East River delta. 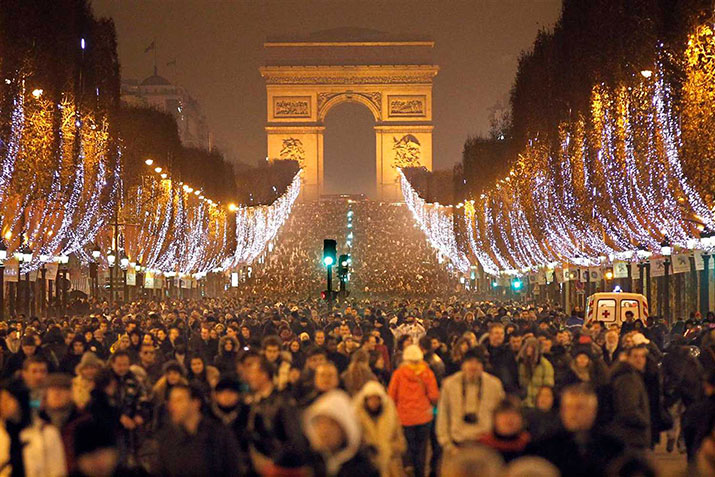 The coming of New Year will not be able to miss – exactly at midnight will start the amazing beauty of salute, and with its beginning public on the bridge will begin to lift the toasts in honor of the holiday. Experienced compatriots take a bottle of champagne with plastic cups and celebration take place. 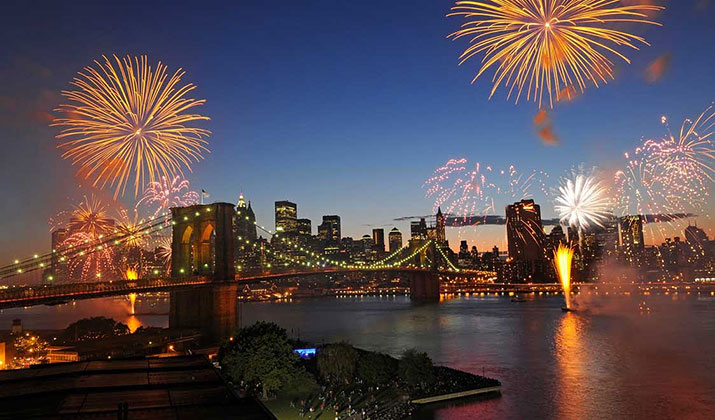 The temptation to solve the problems with transportation, entertainment and restaurant in one time – the so-called “fireworks cruise”.  However, a universal solution here as an usual, loses to narrow-profile solution. Musical accompaniment from singing Mexicans and food – beautiful on look at and quite average in taste. But on the other hand, it provides a visual ecstasy from the firework that will reviewed from of a water surface as well as on land, and the meeting New Year on the water surface – it’s still not a standard case of celebration on solid ground, which is sure to be remembered. 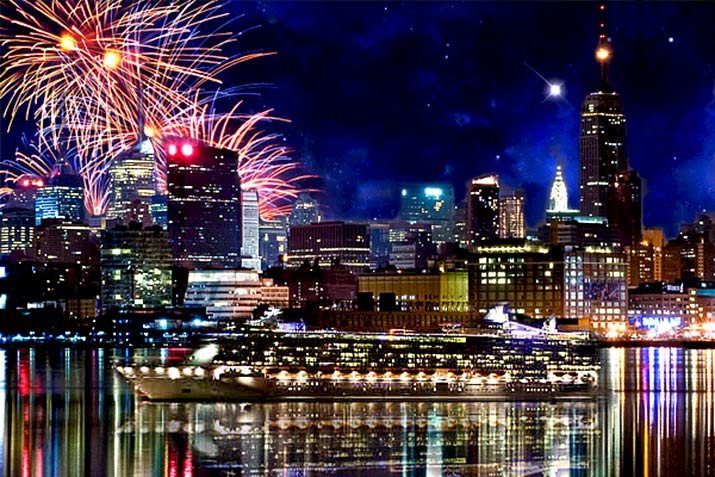 Option 3. Cultural holidays in the restaurant / club on the ground +firework

A table in a restaurant not far from the Brooklyn Bridge – acceptable for most classic version of the New Year in New York: sit, eat, and then you can go to the bridge to see the salutes, after – to go to a decent club like Cielo or Le Bain. And restaurant reservations, and tickets to the club is best to book in advance. To get there is better on the most reliable twenty-four-hour transport in the New York – metro, taxis in New Year’s Eve, even in America, not easy to find. 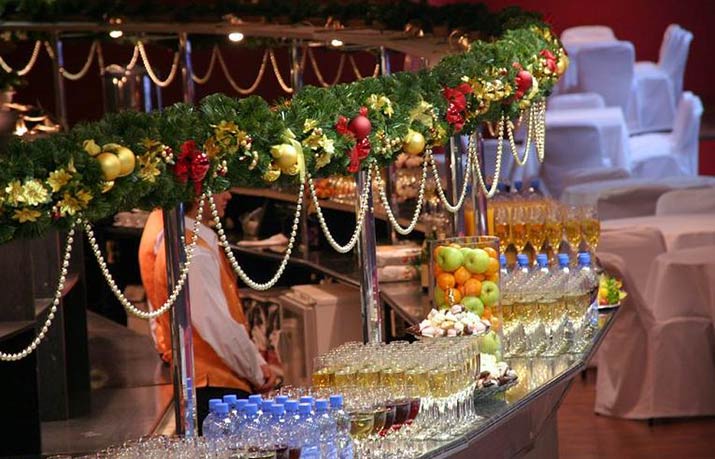 Sales in the New Year’s Eve – a place of mental and physical injuries, where New Yorkers trying to compensate for the lack of gifts that are not brought to them Santa Klaus. Very qualitative replacement of the “cultural event” – visiting New Year’s Bazaar in Bryant Park, which begins working with the Catholic Christmas and until 6 January. 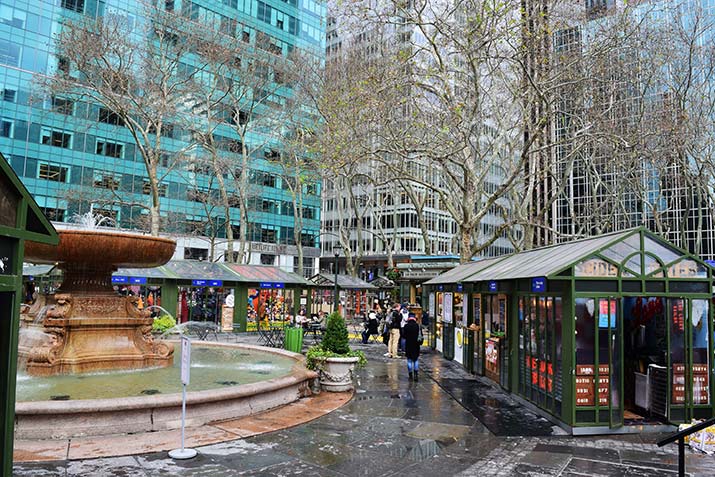 Funny and unique gifts that are not found in conventional stores, stroll through the alleys of the park, transformed thanks to illuminations on New Year’s village and a hot drink of cider gives with the same frame of mind. 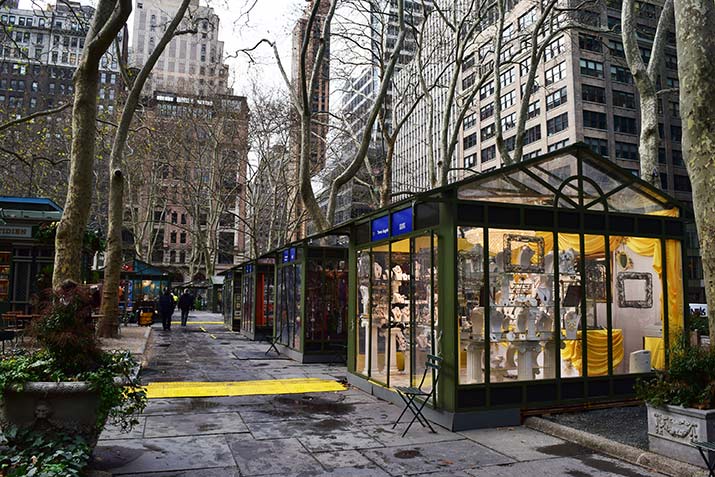 There are also a skating rink and Christmas tree. 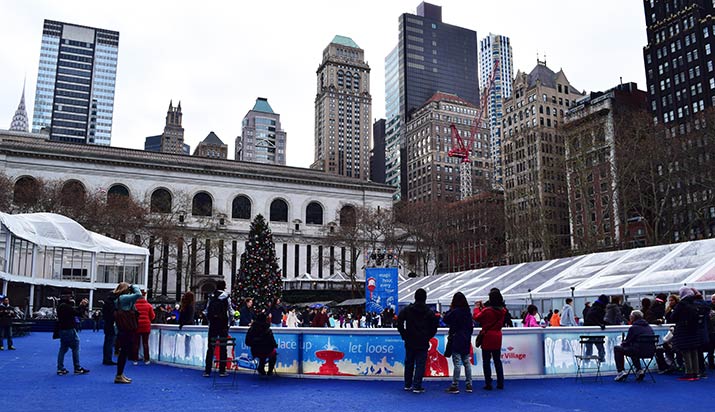 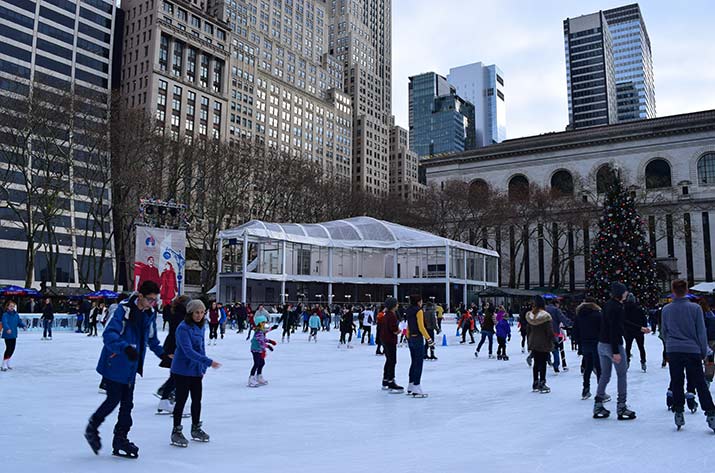 You can go to the famous skating rink near by Rockefeller Center. Despite its apparent vast size, which show old movies, its area is quite small. 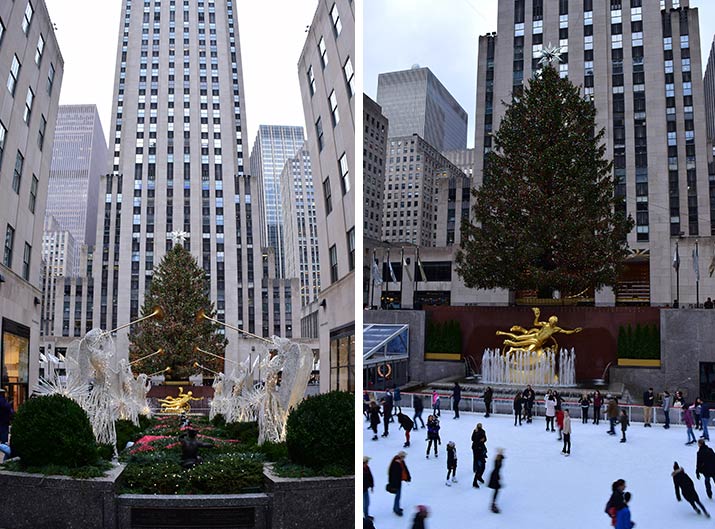 The skating rink is located below the main ground level of the city, as if in a pit. However, in order to get here, you will need to defend the long queue, and the ride is quite closely – will have to knock. 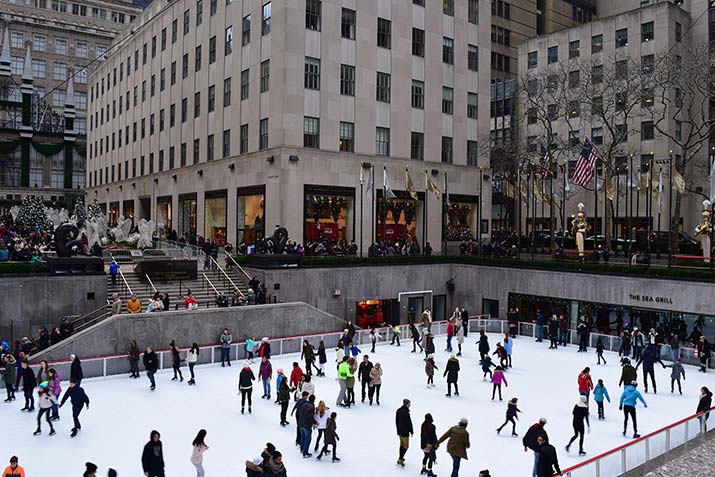 With the same effect for a mood is better the skating in Central Park at the rink Wallman Rink. Here, too,will have to wait a long queue, but it’s worth of it. Old trees of skating-rink Central Park separate off from the big city and turn it into a cozy island among the lights of city. 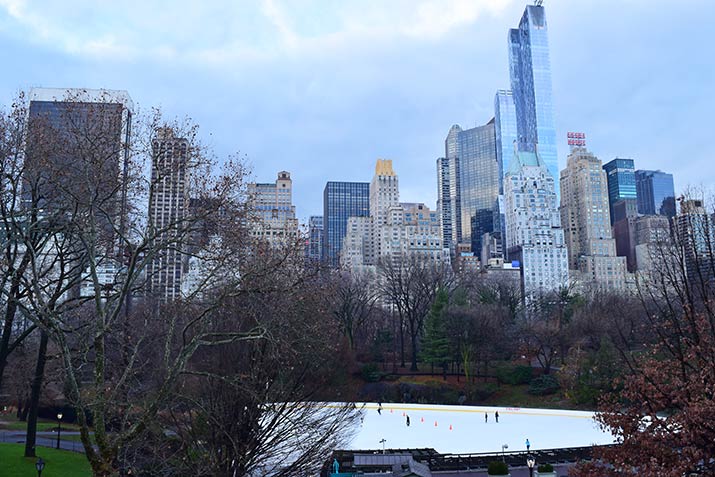 This place is rich in legends of love declarations and marriage proposals. Evening entourage adds romance and pleasant emotions, that’s why is worth to go there on Friday night and Saturday, when the skating-rink is working in a more long mode – 11p.m. 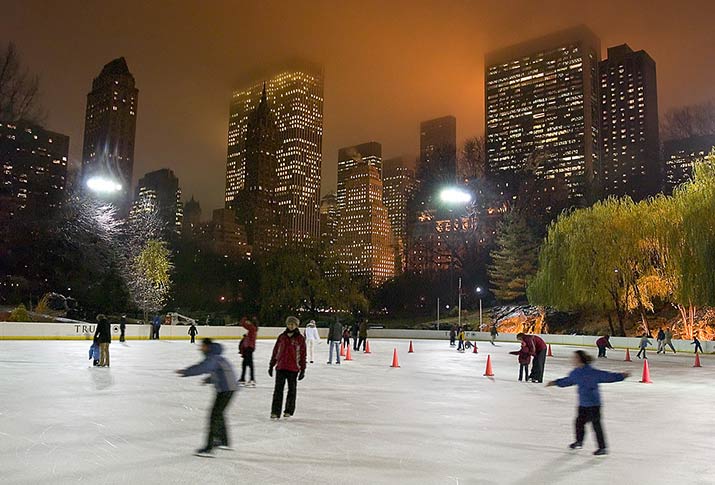 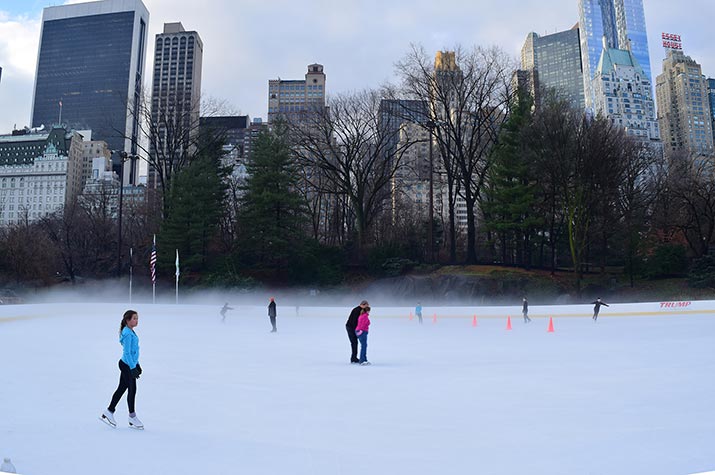 Fans of fireworks can bring pleasure to their eyes large-scale spectacle at the Grand Army Plaza, near Prospect Park. Take with yourself hot tea and Christmas mood magnificent fireworks will create free! 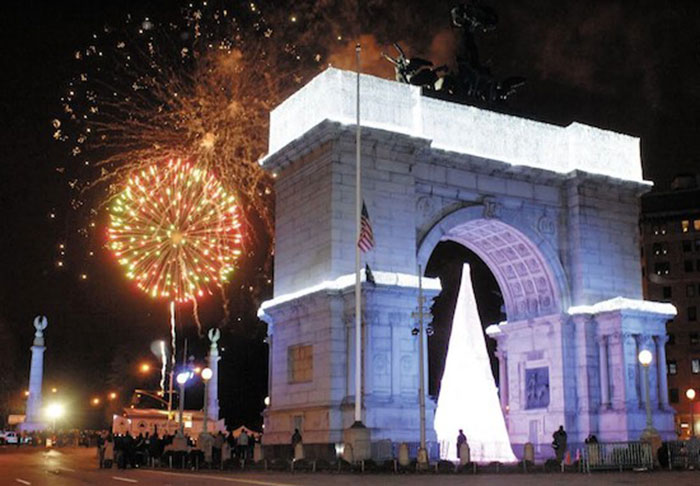 The beginning of fireworks – at exactly 0:00, and if you plan to get there by car, you should go out earlier to take place in the parking, where the number of places is limited. The most convenient way to review the salute in the street along Prospect Park and West Drive and in the district, located between 9th Street and Grand Army Plaza.

The main thing in visiting New York in the days of the New Year – to do whatever you have planned, when interested, how to celebrate New Year in New York. But do not get hung up on the implementation of the plans, relax, have fun, impressions and – Happy New Year!