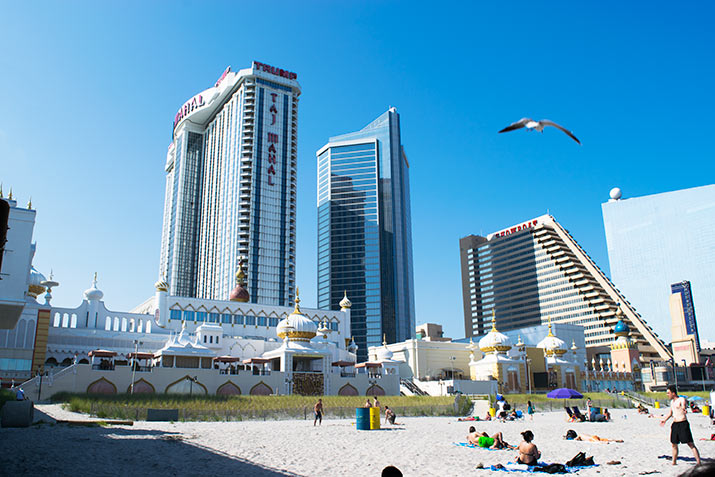 Atlantic City Beach – the beach of fine white sand that stretches along the entire coastal area of the city, attracting a large number of tourists. This is the center, which are all the tourist paths lead to, the movement does not stop here.

The beach length is 10 kilometers along the coast of the island. It is from the Atlantic City Boardwalk offers magnificent views of the Atlantic Ocean, which is named in honor of the city. On the other side of the promenade attracts the eye view of the set of skyscrapers that were built along the coastline, which are located in the local hotels and casinos. 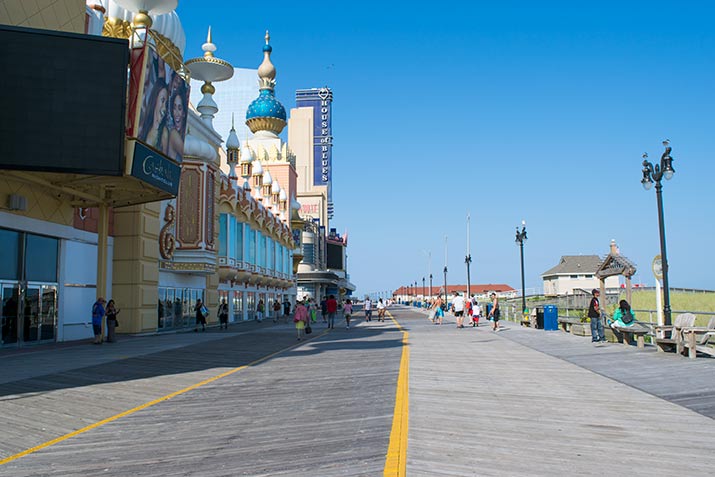 Heart of the city – Quay

The beach and the quay of Atlantic City – are the most popular places in the city, because thanks to them that the city received the title of a holiday resort, and this attracts a lot of tourists and vacationers.

Previously only that people who working in New York come here to spend a vacation. And later, all the entertainment and gambling establishments, as well as a hotels built right next to the beach. And today you can walk along the promenade and enjoy the view of the famous casinos and hotels. 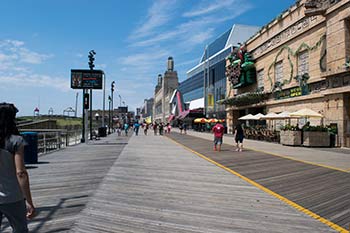 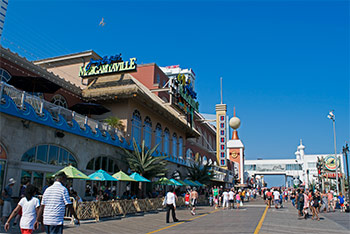 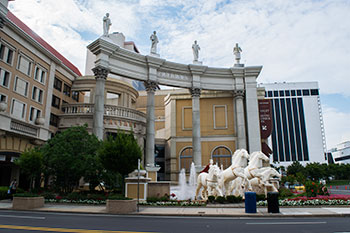 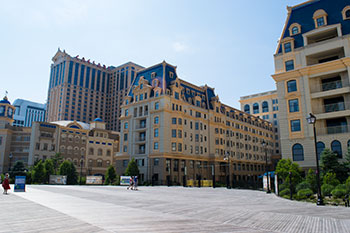 The beach sand is constantly cleaned and updated seasonally. Across the shore are located observation points rescuers by every 100 meters.

The beach in Atlantic City is suitable for all types of recreation. Here you can sunbathe and swim, diving, surfing, riding on yachts. Inveterate fishermen will also be able to unburden himself, enjoying the excellent fishing. 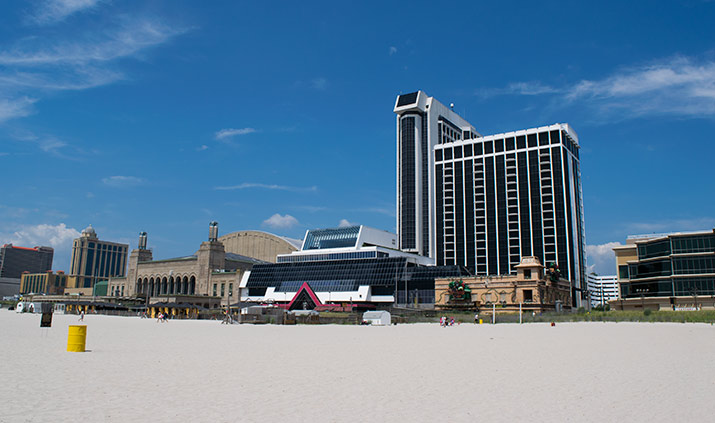 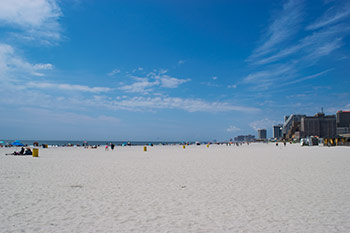 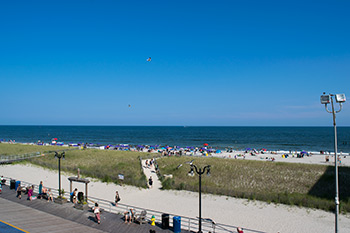 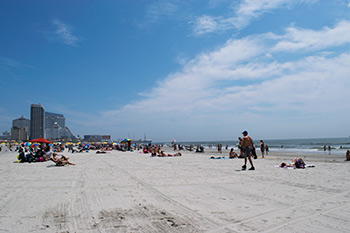 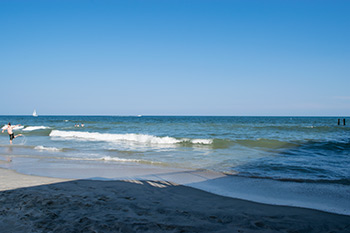 If you do not want to walk on your foot along quay, you have a possibility to rent retro-arm-chair on wheels that will lead an experienced guide. He will tell you about local attractions. Also on the waterfront mini-bus rides. 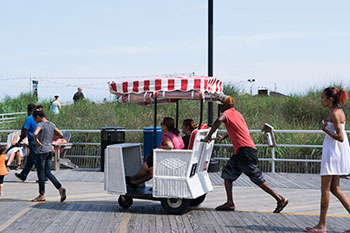 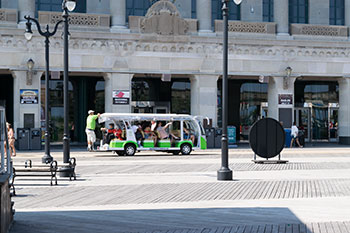 The second name of Atlantic City is Las Vegas East Coast, because there is officially permitted to gamble. It attracts true lovers of gambling around the world.

This resort town has all kinds of pleasures: from restaurants and cafes to gyms and casinos. As well as boxing fights are often established here. 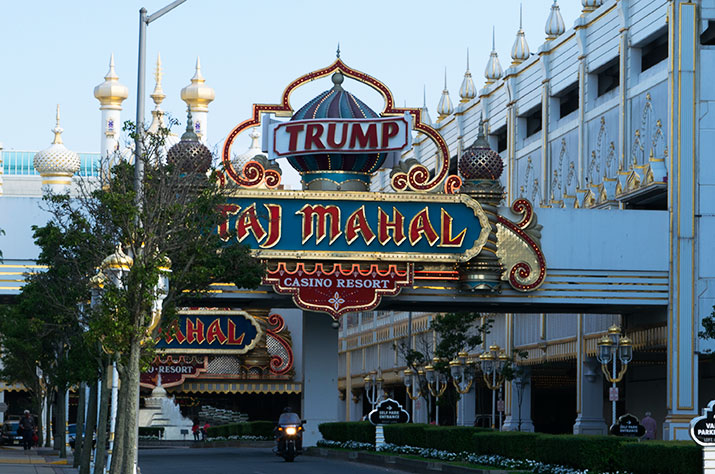 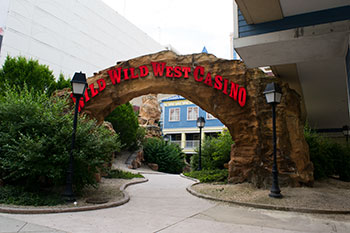 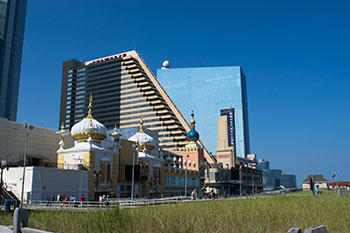 In Atlantic City, close to the beach, there are many stores of famous brands, which offer products at a deep discount. So many people come not only to the beach, but also to go shopping, because there are represented the best products directly from the manufacturer. 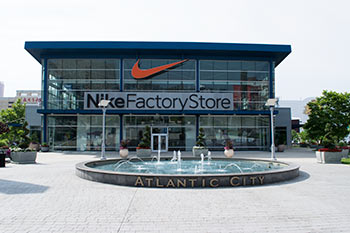 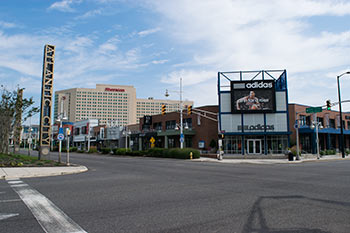 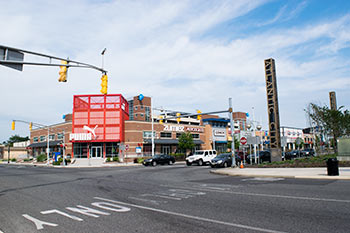 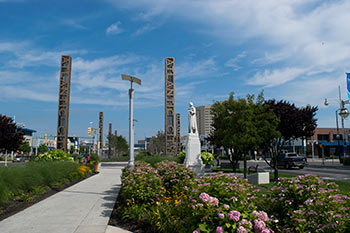 The museum on the shore

You can not only relax and have fun, but also culturally enlightened. On the pier Garden Pier, right on the Atlantic City Boardwalk, a historical museum, which was opened after its reconstruction in 1913. Through collaboration with the Library of Atlantic City, often organized here in the new exhibition.

Visitors can enjoy sand sculptures of Mr.Pinata and Miss America, along with old photographs and local artifacts. In addition, you can enjoy a variety of exhibits, embodies the history of the formation of the city and its residents to achieve in sports competitions.

The museum Ripley «Believe It or Not» present the most unusual, exciting and strange artifacts from svego world. 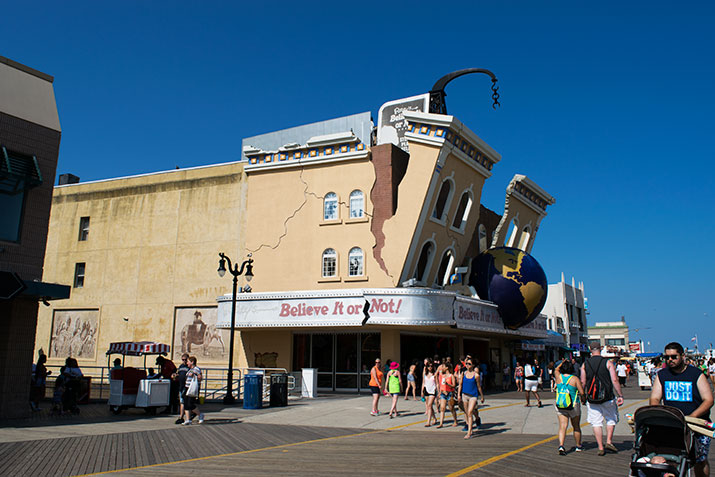 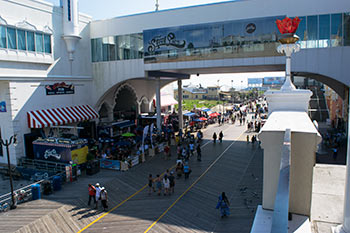 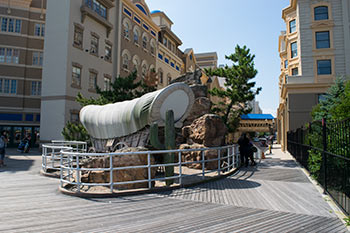 Atlantic City Beach – the perfect place to fully relax without leaving at the same time far away from civilization concrete cities.